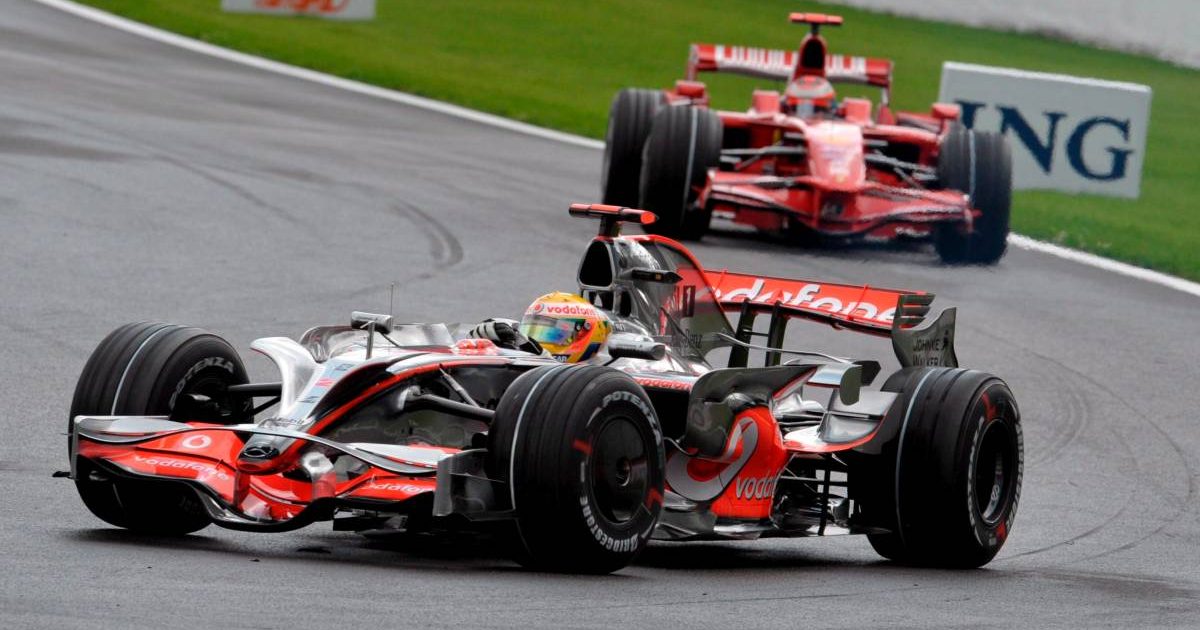 In the aftermath of the controversial Saudi Arabian Grand Prix, Lewis Hamilton cast his mind back to an incident 13 years ago at Spa.

That was, of course, the season in which the Briton captured the first of his seven World Championships – and he is now the hot favourite to make it a record-breaking eight at the Abu Dhabi decider of this campaign.

The reason for the Belgian recollection was that race, like the one in Jeddah, featured a closely-fought duel between Hamilton and one of his biggest rivals at the time, that being defending champion Kimi Raikkonen.

There were similarities in that Race Control got involved to adjudicate, just as they did in Saudi Arabia where the Mercedes driver became embroiled in several incidents with Max Verstappen – with the stewards penalising the Dutchman on three separate occasions as Hamilton went on to win.

💬 Bono: "That has got to be the craziest race I remember." 🤯

“I was just reminiscing about 2008 in Spa, in my first championship-winning year, when I was fighting Kimi into the last corner of the chicane,” said Hamilton during the Saudi Arabian GP press conference.

“He ran me wide and I went across the chicane and had to let him back past, but then I overtook him straight away and I remember (race director) Charlie Whiting telling the team it was okay and then finishing the race – Kimi obviously didn’t finish the race – but then getting I think it was a 10-second (penalty) or whatever it was, 20 seconds, and then finishing third.”

That incident occurred as heavy rain began to fall and Raikkonen crashed his Ferrari. Two hours after the race, Hamilton received a 25-second penalty that dropped him to third behind his title rival Felipe Massa and Nick Heidfeld, with a subsequent appeal by McLaren proving unsuccessful.

The six-point swing in Massa’s favour ultimately led to that dramatic climax to the season at Interlagos, but after the way in which events unfolded in Saudi Arabia the current championship equation is very simple – score more points than Verstappen at Yas Marina and it is Hamilton’s title once more.

Referring to the incident where he hit the back of the Red Bull, unaware Verstappen was trying to surrender the lead to avoid a penalty, Hamilton said: “I felt grateful I obviously didn’t take us both out.

“For me, I need to be finishing both races and get all these points and it’s obviously tough to do so in these circumstances, but I managed to keep the car in one piece.”