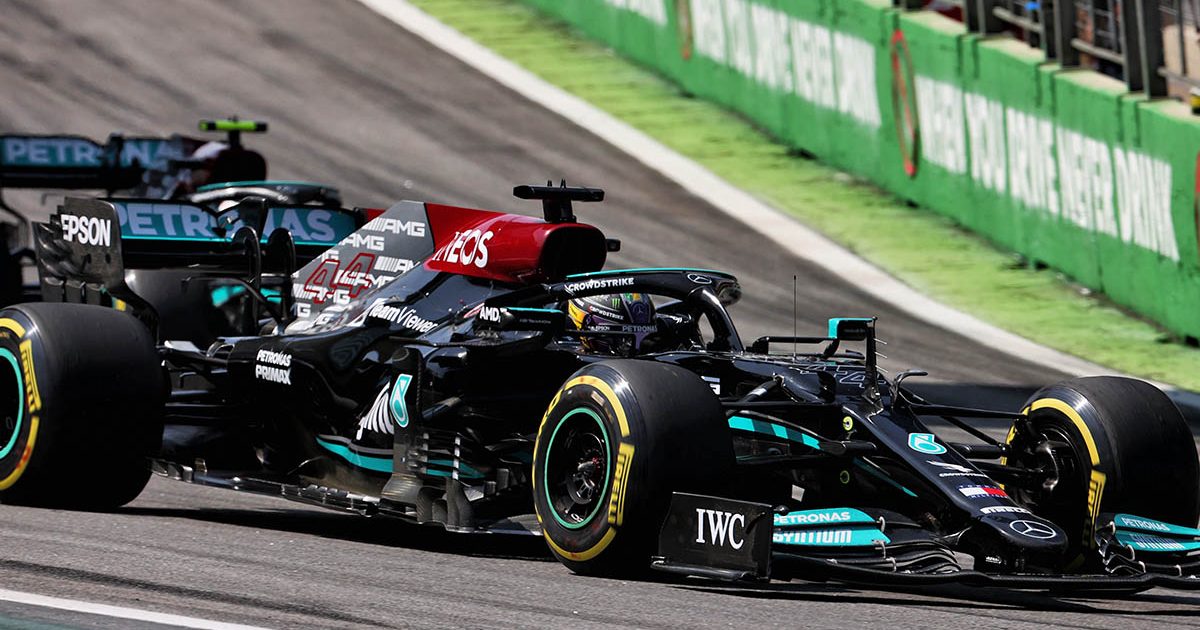 Mercedes and the FIA have seen an awful lot of each other over the course of the weekend at Interlagos, mainly concerning the Silver Arrows’ defective rear wing on Lewis Hamilton’s W12 car which was deemed to be illegal.

That resulted in Hamilton in being disqualified for qualifying and starting the sprint from dead last.

Another recovery drive was needed from Hamilton in the race proper after he also had an engine penalty to overcome. Starting from P10, Hamilton eventually got the better of title rival Max Verstappen in an epic battle to reduce the Dutchman’s World Championship lead to 14 points.

But, the drama was still not over. Shortly after the race, Hamilton and a Mercedes representative were called to the stewards again.

FIA after collecting all the fine money this weekend 🤑 #F1 pic.twitter.com/and9s6H9Pj

‘A team representative is required to report to the Stewards at 17:00 in relation to the incident below,’ a summons note read.

Appendix L Chapter III Article 4 states ‘Drivers must be properly restrained in their seat by safety belts in conformity with the technical regulations for the vehicle concerned, at all times during a competition when it is mobile on a circuit, pit lane, special stage or competition course.’

Hamilton was seen taking off his seat belt to pick up a Brazil flag on the in-lap following his dramatic victory but, after a short investigation, was given just a fine for the incident.

The verdict read: ‘Lewis Hamilton undid his seat belts on the in-lap at the end of the race.

‘While the Stewards are sympathetic to the desire to celebrate, it is fundamentally unsafe to undo the seatbelts while the car is in motion.

‘Slow speeds in these cars are very fast for an unrestrained occupant.

‘Further, Formula 1 drivers set the example for junior categories. It is critical that junior category drivers learn the importance of using all the safety devices of the car at all times.

‘The suspension of the penalty is subject to compliance with Appendix L, Ch. III of the ISC during the period specified.’