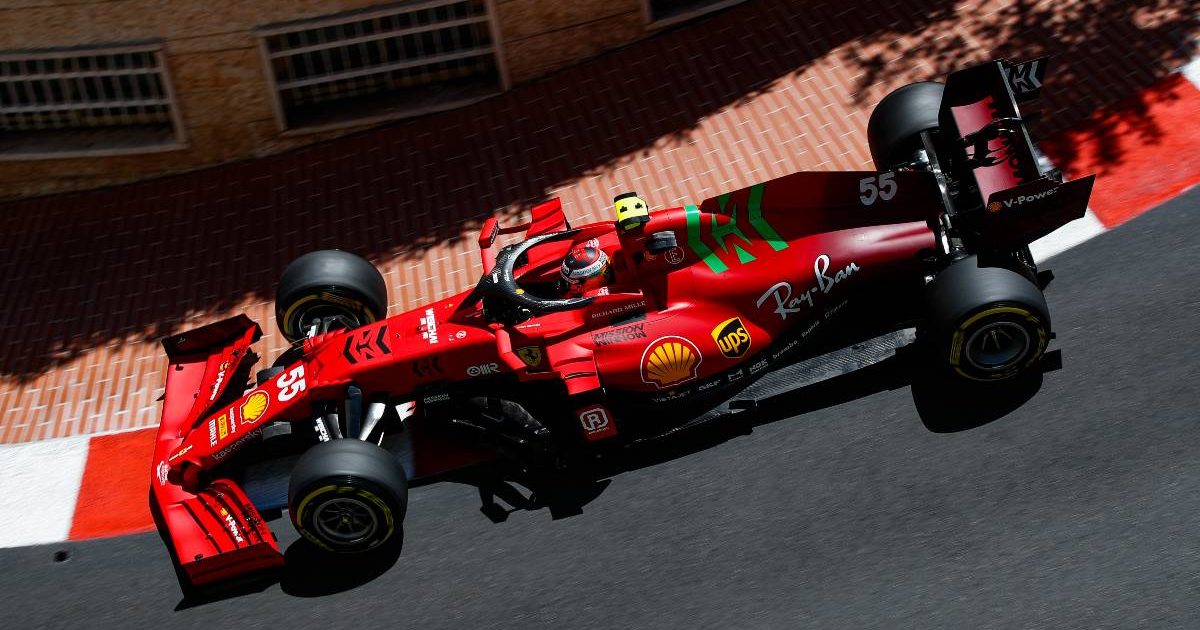 Lewis Hamilton is pleased to welcome Ferrari to the equation as a surprise competitor at the Monaco Grand Prix.

2021 has been a story of clear progress for Ferrari as they look to build their way back up to being a leading team in Formula 1 once again.

They had targeted 2022 as the year where they wanted this journey to be complete, but the chance to fight for wins looks set to arrive far sooner than that.

Come the end of Thursday practice at the Monaco Grand Prix Ferrari were sitting pretty in P1 and P2. Not only that, Charles Leclerc’s FP2-topping time was almost four tenths up on Hamilton’s best effort which earned him P3.

Not since 2019 have Ferrari been a true contender for victory, so while surprised, Hamilton was pleased to welcome them back.

“Generally it just feels really cool to be back on track,” Hamilton is quoted by Motorsport.com.

“It’s rapid, this track, it’s absolutely mesmerising, every time you get the opportunity to drive. So yeah, I’ve generally enjoyed today. It’s a challenge, naturally.

“I think the Ferraris are really strong, surprising to see them improve so much, but that’s great. It means more competition.”

It has been a trend of 2021 that the traditional leading teams Mercedes and Red Bull often leave plenty of horsepower back in the garage for practice.

So asked if Ferrari’s pace was a genuine representation of the pecking order in Monaco, Hamilton replied: “I’m seeing what you’re seeing. I’m generally just focused on my job. It looks like it. We’ll see.”

Hamilton’s team-mate Valtteri Bottas said he was not yet in-tune with the front end of his Mercedes W12.

That is something which he will need to correct quickly if the Finn wants to improve on his P5 from FP2.

“I’m lacking quite a bit of front end in the car on this track,” he admitted.

“We’ve had similar issues a little bit in some tracks in the mid-corner, but it’s mainly slow-speed corners, and if you don’t have the feel of the front, if it’s going to turn in or not, you can lose easily quite a bit of time.

“Also it feels like our car feels quite stiff, all the bumps and cambers in the corners, it’s quite upsetting, so something to have a look at.”