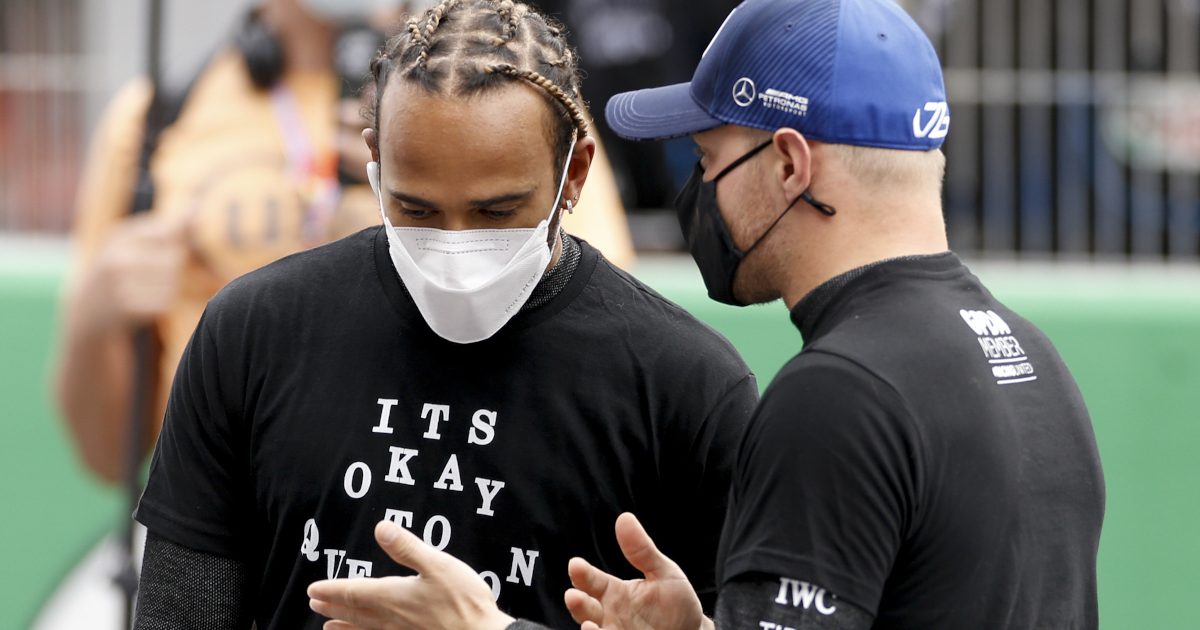 Lewis Hamilton says he wasn’t aware that Mercedes had issued team orders to Valtteri Bottas to let him through, believing they were “racing” for position.

Coming in for a second stop in Sunday’s Spanish Grand Prix, Hamilton was made to work for the win as he chased down his team-mate for second place and then Verstappen for the lead.

But the Finn didn’t move over, instead making Hamilton race for the position.

Bottas has defended himself saying that while he “could have let him by earlier”, he’s not “here to let people by… I’m here to race.”

Hamilton, who only needed a few corners to pass Bottas before hunting down Verstappen to take his third win of this season, says he had no issues with his team-mate’s actions.

“I think we’re the best team-mates so…,” he said, “honestly I didn’t know that he had a message so in my mind I was like ‘we’re racing’ and that’s totally fine for me, particularly early on in this part of the season.

“So in my mind I was ‘so I’ve got to get close and hope for an overtake’ but then obviously when we went into Turn 10, we were on massively different strategies so I was going to get him at some stage because I had much better tyres.

“And we were going into Turn 10 and I thought there was a gap there and I wasn’t quite sure and then there was a gap and Valtteri was completely fair, I wouldn’t lose too much time but this is how we win as a team.

“We sometimes have to… sometimes we’re in that position where you just… you’ve got to put the team first and getting a second and a third is good but getting a first is obviously max points and that’s key.”

“Racing drivers, their instincts are what they are,” Wolff told Motorsport.com. “I would have wished that maybe, because Lewis was on a totally different strategy, it would have come a bit quicker.

“But in the end we scored the result, and I can relate to Valtteri that he had a tough day again, that you’re annoyed.

“If it would have lost us the race, I would have been more critical, but at the end, it’s something we can learn off.

“It goes both directions, and this is what we will be discussing, but in a very camaraderie-like way.”

Hamilton’s win saw him take a 14-point lead in the Drivers’ Championship while Bottas is up to P3 having finished third on Sunday.