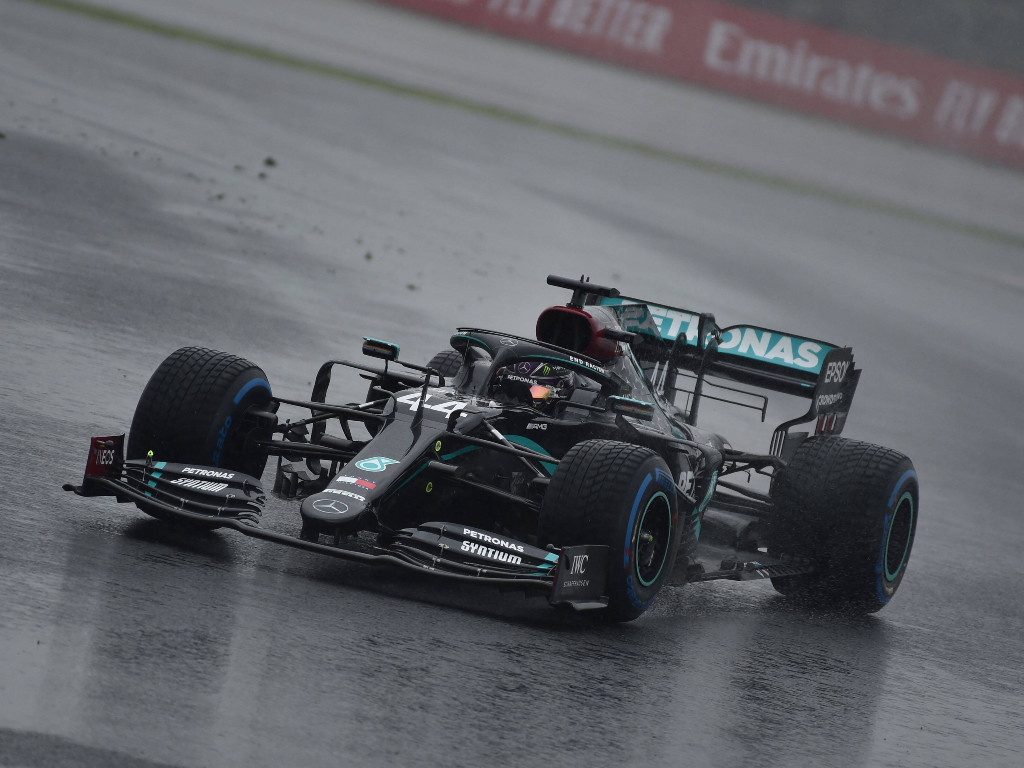 Lewis Hamilton gave qualifying for the Turkish Grand Prix his best shot, but there was little he could do on a “terrible” track.

The Briton would have harboured hopes of another storming drive to victory in 2020 on a Turkish GP weekend where he is favourite to claim a seventh World Championship, but it’s safe to say Istanbul Park had other ideas.

Hamilton called the new, slippery tarmac “sh*t with a capital s” after struggling throughout Friday practice, and when the rain fell for qualifying, creating conditions where he usually excels, Hamilton could manage only P6 on the grid while Racing Point’s Lance Stroll took pole.

And he believes that there was no more performance to find in the W11 or the “terrible” track.

“There ain’t no finding no grip,” Hamilton told Sky Sports in the Istanbul paddock.

“We tried our hardest and did the best we could…and that was the fastest we could go.

“The track feels terrible. It’s just like driving on ice.

“And for whatever reason some people can get their tyres switched on a little bit better than us. I think ultimately we are all struggling out there but some are better than others.

“I did the best I could. I didn’t spin, didn’t make any mistakes. I did everything I could with what I had.”

You won’t hear any excuses or clever quotes from us today.

We were absolutely nowhere near pole.

We’ll be down with a bottle of champagne later. You guys deserve it!

Hamilton should hopefully take some comfort from the fact that his team-mate and only remaining title rival Valtteri Bottas will start the Turkish Grand Prix from P9.

Bottas needs to outscore Hamilton by at least eight points in Turkey to extend the title fight into the Bahrain Grand Prix.

“It’s another race weekend and, as always, we’ve done all the work beforehand,” Bottas told reporters at Istanbul Park after Friday practice.

“We’ll try to do the best job we can as a team and me, I shouldn’t think too much on the points or anything, but, for sure, I’ll try delay Lewis securing the title for as long as I can – that’s for sure.”