Home News Hamilton: ‘No point getting worried just yet’ 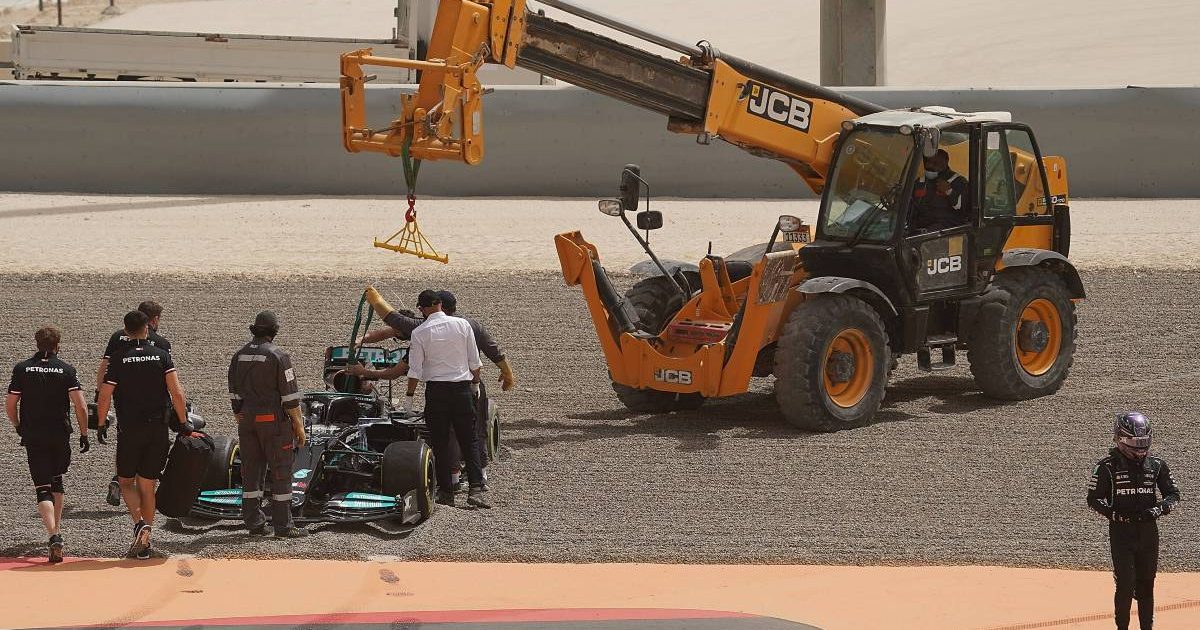 Used to everything going their way, the seven-time consecutive Constructors’ World Champions have experienced more problems over the last two days in Bahrain than most of their rivals.

On Friday morning, Valtteri Bottas was restricted to just six laps due to a gearshift problem – an issue that also occurred for their customer team Aston Martin on Saturday morning, severely limiting the running Sebastian Vettel was able to put in.

Then during that same session, Hamilton lost 78 minutes after he spun off at Turn 13 and beached the Mercedes in the gravel, having to be given a lift back to the pits as the car was transported back under covers.

In addition, and although times in pre-season testing are from the be-all-and-end-all, the World Champions have largely also been off the pace being set by McLaren – another of their customer teams – in particular.

58 laps on the board for LH this morning. 👊 Solid work, Team. Over to VB for #F1Testing this afternoon. pic.twitter.com/Ei5UKr5ZLw

But Hamilton insisted he was not too concerned.

Asked how worried he was, the 36-year-old Briton told the Formula 1 website: “It’s day two of testing so we are just focused on doing our job – [so] nowhere near at the moment.

“I just think we are focused on trying to understand the car. There’s no point in getting worried just yet. I think everyone is focused on their programmes and that’s what we are doing.”

Nevertheless, the World Champion is aware not as much about the W12 has been learned as would have been possible with a clearer run through the first two of three testing days.

“Compared to the past, it hasn’t been particularly useful,” he added. “I’ve done 60 laps, something like that. It’s not a lot compared to other test days we would normally have, but we are trying to be as efficient as we can be.

“We’ve had less mileage than some of the others, like the Red Bulls, so far. But just trying to stick to our programme and manage the amount of laps we have.”

A sandstorm had hit the circuit when Hamilton had been on the track on Friday afternoon and at least he was relieved to avoid a repeat of that – albeit the wind had caught him out with his spin.

“The track still doesn’t have a huge amount of grip and long runs aren’t the easiest but at least the sun’s out,” he added.

“I think the track feels a bit better so the balance was perhaps slightly better, but we are still working through certain things.

“The wind did a 180 so the track is a lot different today. In some places you can push where you couldn’t push yesterday and it’s very gusty, as I found out into Turn 13. The rear doesn’t feel particularly great with this new regulation change and we are trying to find the sweet spot.”