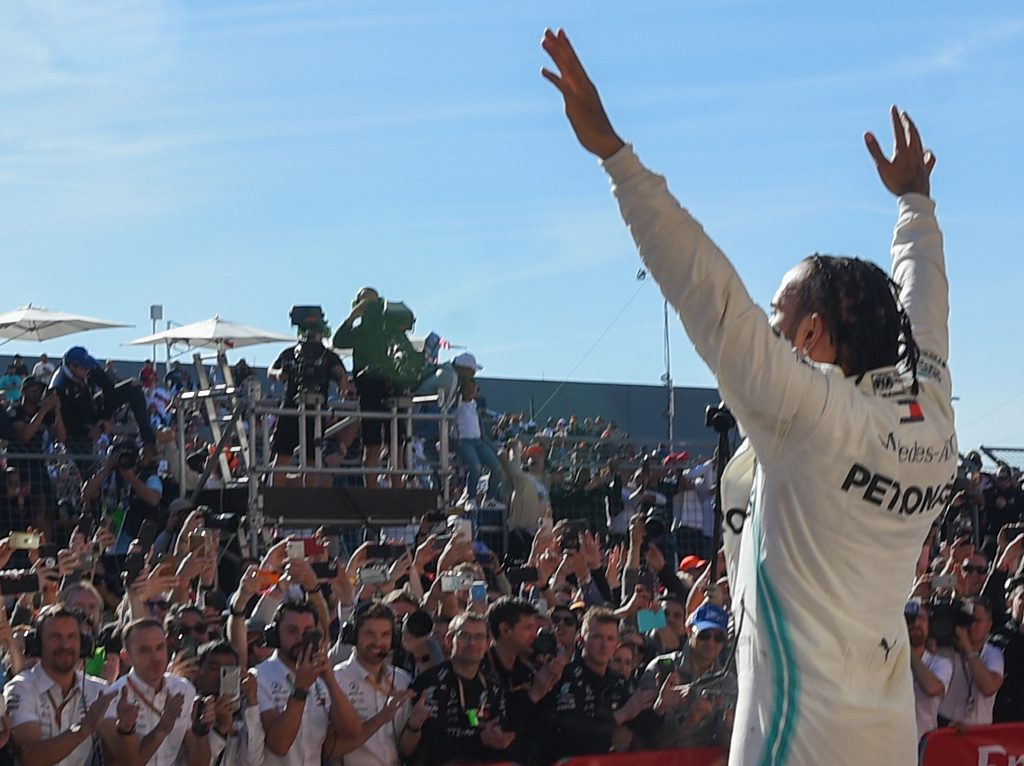 Lewis Hamilton knows his fans are “gunning” for his history-making seventh World Championship, which could arrive in 2020.

The Mercedes driver has dominated the sport in recent seasons and last year picked up a sixth World Championship, while also helping the Silver Arrows secure their sixth consecutive Drivers’ and Constructors’ title-double.

Heading into the 2020 season Hamilton has the chance to make history on several fronts – but the biggest record on offer is the chance to tie Michael Schumacher’s record of seven World Championships.

This season, though, there is the potential for Hamilton to face his sternest opposition yet in Mercedes colours – both Ferrari and Red Bull have designs on taking the fight to their rivals from the start with Max Verstappen and Charles Leclerc seen as the most likely challengers to Hamilton’s crown.

It would be impossible though to forget about Leclerc’s Ferrari team-mate and four-time World Champion Sebastian Vettel, while Hamilton’s rival at the other side of the garage, ‘Valtteri Bottas 3.0′, also has eyes for the title.

So with a potential classic title fight ahead, Hamilton is happy to now start reengaging with his fans, though he is perfectly aware of what they want from him.

Speaking on Mercedes’ social media channels, he said: “I’ve really missed all of you, the engagement and seeing you guys at the race weekends.

“So definitely I am excited to re-engage with you guys. It’s been an incredible winter – I’ve spent lots of time with family and friends, probably one of the best times has been with my dad.

“And secondly the training has been different this year, the feeling I have physically and mentally is on another level compared to last year so that is a real positive.

“I know that you guys are all gunning for number seven, but I think we just have to take it one step at a time, we have no idea where we are going to stand compared to everybody else.

“We have to be more efficient this year in our test programme, particularly since we have less time, we still have a lot of work to do.”

"I know that you guys are all gunning for number seven!" 👊 @LewisHamilton is BACK! pic.twitter.com/vLmKNtTi8x