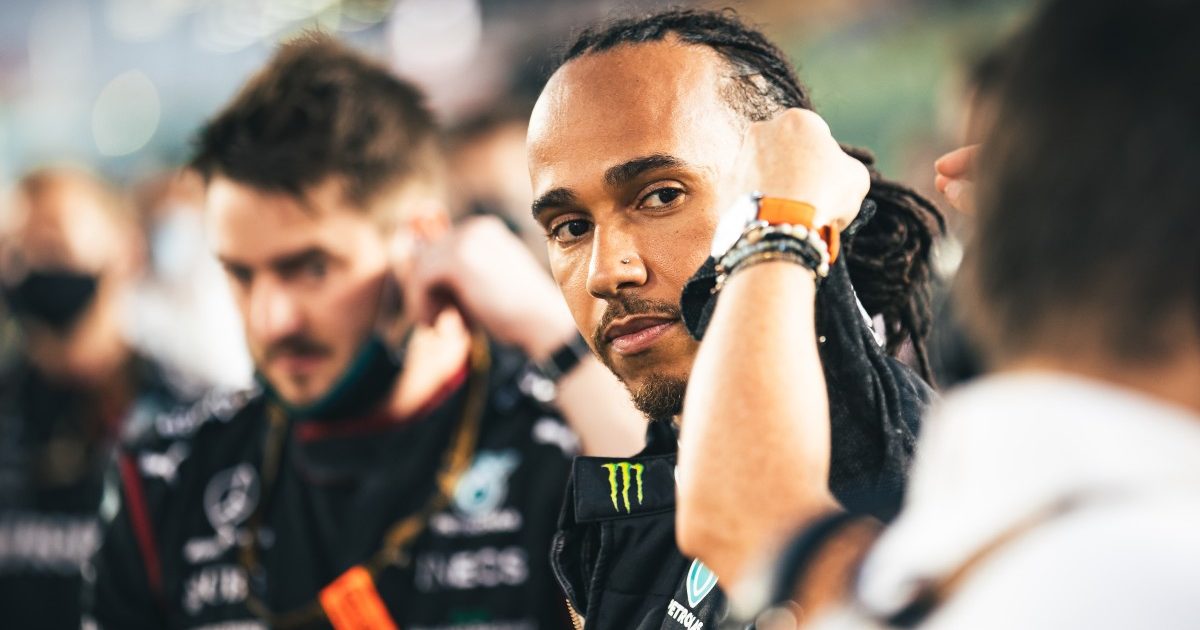 Lewis Hamilton says that he and Mercedes must and will bring their “AAA game” with two rounds remaining to secure the titles.

By the time that the Mexican Grand Prix had come and gone, Red Bull’s Max Verstappen was comfortably atop the Drivers’ Championship, and Mercedes were struggling to respond.

But how the tables have turned, with Hamilton dominating in Brazil and now Qatar to cut Verstappen’s lead down to just eight points, with only the Saudi Arabian and Abu Dhabi GPs still to come.

The pressure is very much on then, but that is the situation in which Hamilton thrives, and now it is time to pull out all the stops to retain the titles.

“I love the close battle and the pressure, the demands it puts on you and the whole team,” Hamilton told Sky F1.

“I’ve thoroughly enjoyed it but these next two races need even better performance, so we will be bringing our AAA game for those ones.”

Sadly for Mercedes, Red Bull were able to gain ground in the Constructors’, largely thanks to a puncture and eventual retirement for Valtteri Bottas.

With Verstappen crossing the line P2 in Qatar and Sergio Perez P4, it means that Mercedes’ lead over Red Bull in the Constructors’ is now down to five points.

But while thrilled with his and Mercedes’ recovery work over the last two rounds, there will be no rest or time for reflection with Hamilton ready to get straight back to work.

“The last two weeks have been fantastic, it’s just amazing, and there is no time for celebrations,” he said.

“It’s back in, I’ll be back with the team already again next week and back in training tomorrow just staying on it, head down.

“I don’t really have too much emotion because I’m just driven right now, but it is amazing, to be able to close back so many points in these last two races has been important.”

And Hamilton still sees Red Bull as a huge threat pace-wise for the last two rounds, highlighting Verstappen’s claiming of the fastest lap in Qatar as proof of that.

“They [Red Bull] are obviously still very fast as you could see today with their fastest lap, both their cars getting past pretty much everyone quite easily, so we have still got our work cut out,” he confirmed.