Home News Hamilton not a fan of ‘weird’ trophy robots 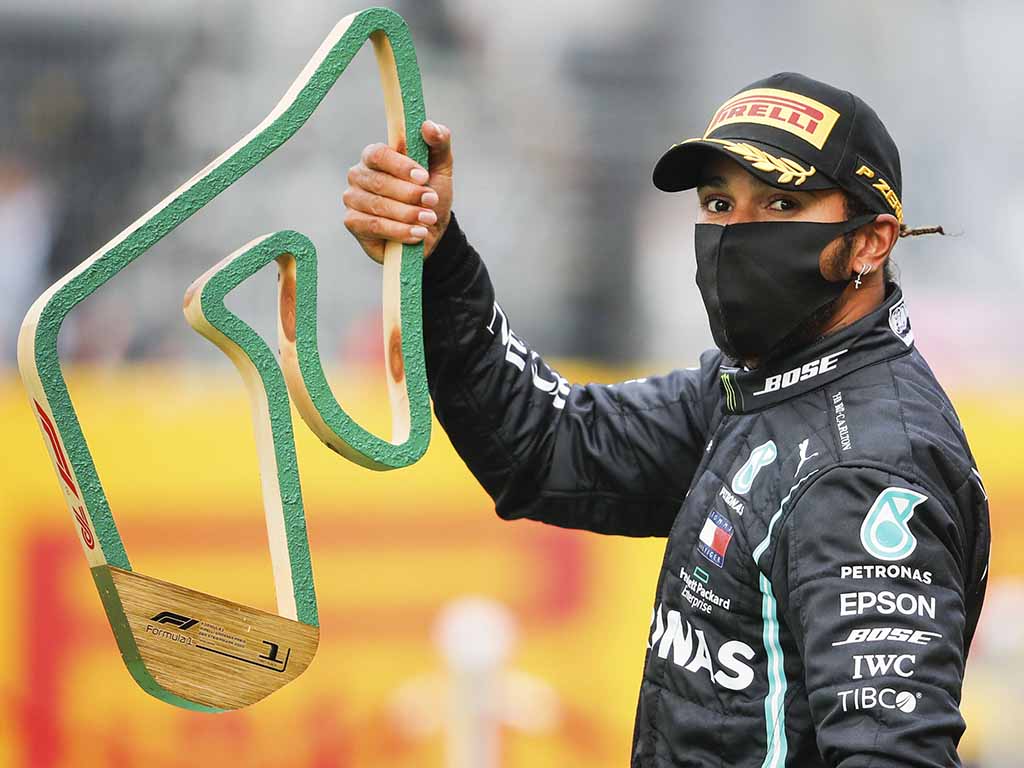 Lewis Hamilton has described Formula 1’s new trophy robots as “weird” and “over the top” after collecting his first piece of silverware of the season in Austria.

Hamilton finished just outside of the podium places in the first race at the Red Bull Ring, but he was soon back on the top step again following a dominant display at the Styrian Grand Prix which began with a superb pole position lap.

In the age of social distancing, Hamilton and the other two drivers in the top three, Valtteri Bottas and Max Verstappen, had a slightly awkward wait as their trophies were presented to them via a remote-controlled trophy cabinet.

Our new trophy robot overloads have been warmly welcomed by the majority but Hamilton does not see the point given that everybody within the confines of the Red Bull Ring circuit are tested regularly.

It is all part of Formula 1’s ‘new normal’ as they try to salvage the 2020 season with as many as races as possible and Hamilton said he felt the strangeness the most when he hopped out of his winning car to an empty grandstand.

Do I go to the trophy or does the trophy come to me? #F1 pic.twitter.com/kTiynmVgNV

“I thought it was weird,” said Hamilton via Autosport. “It definitely seemed weird. I’d have preferred them just to throw it to me or something.

“In all honesty, it’s a really, really weird time.

“Whilst you’re in the work zone, everything seems normal, and when you’re driving and you’re racing, at this particular track, there’s quite a big distance between the grandstands, the fans, so it’s not as easy to see them, particularly on the infield section.

“On the pit straight you can.

“It really, really hit me, when I came out at the end there, when you get out of the car, and no atmosphere.

“You miss the fans. It just shows how the fans make a big difference. I really, really missed it for that moment.

“The boxes arriving with the trophy, it just feels odd.

“Definitely a bit OTT in my view, since everyone here has been tested, and wears gloves and all that kind of stuff.”

After his first win of the season, Hamilton sits second in the Driver’s Championship  and is six points behind team-mate and World Championship leader Valtteri Bottas.

It is believed Bottas has agreed ‘in principle’ a new one-year extension to his Mercedes contract for 2021.