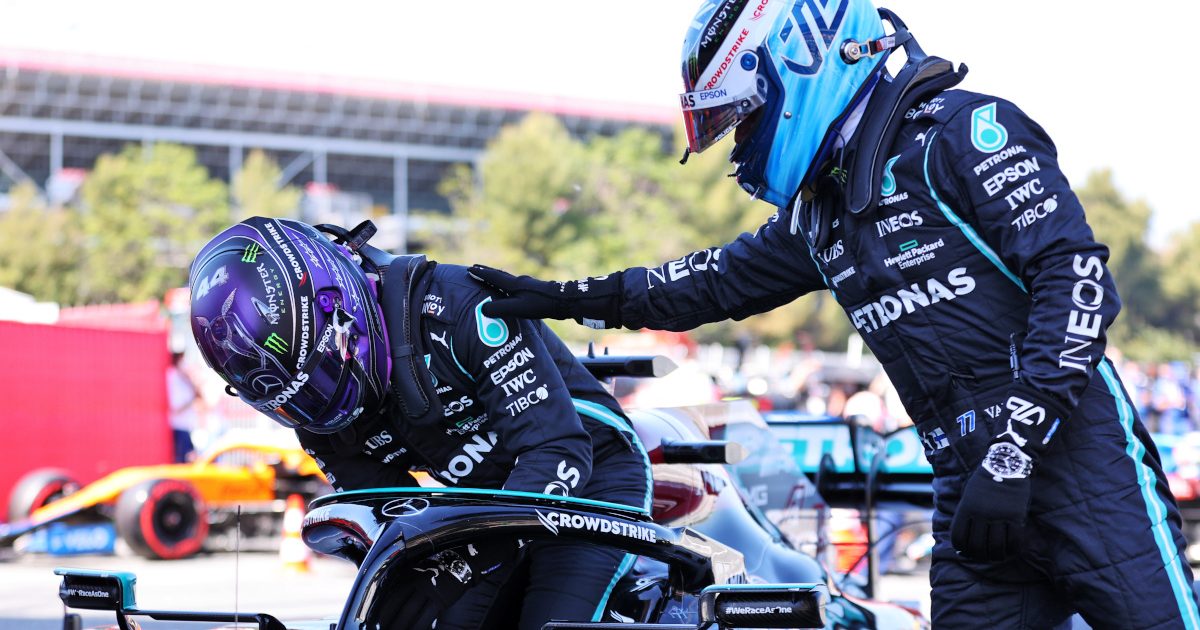 Ex-Formula 1 driver turned pundit, Jolyon Palmer, thinks there could have been “serious fallout” at Mercedes had Lewis Hamilton not won the Spanish Grand Prix.

Hamilton was able to convert a 100th pole position of his career into a 98th victory in Formula 1 and his third win out of four races so far in the 2021 campaign.

A switch to a two-stop strategy gave Hamilton the platform he needed to go and hunt down Red Bull’s Max Verstappen, who led for much of the race at the Spanish Grand Prix.

Along the way, Hamilton needed to pass team-mate Bottas on track with the Finn in his own battle with Ferrari’s Charles Leclerc.

Bottas was told by team radio not to hold Hamilton up, but he did not willing move over for his team-mate and instead Hamilton got the job done with an overtake at Turn 10 before going on to fight Verstappen.

Palmer feels it was a good job Hamilton did go on to win, otherwise that minor flashpoint with Bottas would have turned into a major one.

“In Barcelona, you could argue Bottas was actually more helpful to Verstappen than Hamilton in the Grand Prix,” Palmer told the official Formula 1 website.

“Hamilton winning has meant Mercedes can gloss over the fact, but if he had narrowly missed out, there would have been a serious fallout from the situation.

“All in all, the lap where Hamilton was held up behind Bottas cost him just under a second and a half in lap time, or effectively one lap of catching Verstappen at that stage.

“In the end it didn’t make a difference to the outcome, such was Hamilton’s advantage over Verstappen in the closing stages, and nor was Hamilton concerned – but given that Verstappen was told that it could come down to the final lap, Bottas not complying with team orders could have been costly for Mercedes, and it says a lot about the Finn’s position in the team.

“Bottas has been dutiful to Hamilton in the past, even offering up a win in Sochi in 2018, helping Hamilton in a title fight against Sebastian Vettel. But that is part of the game when title battles are close in Formula 1, and we’ve seen it through the years.

“But Bottas has been forced to play the support role at Mercedes simply because he hasn’t been strong enough to play the lead role over the course of a season.

“If Bottas had been asked to give up a win on Sunday then I’m sure there would be some question marks again, and maybe he wouldn’t have obliged at all.

“But this call from Mercedes helped Hamilton to win the race, at no cost to Bottas – he was pretty set in third whatever happened.”