Home News Hamilton does not suspect Bottas held him up 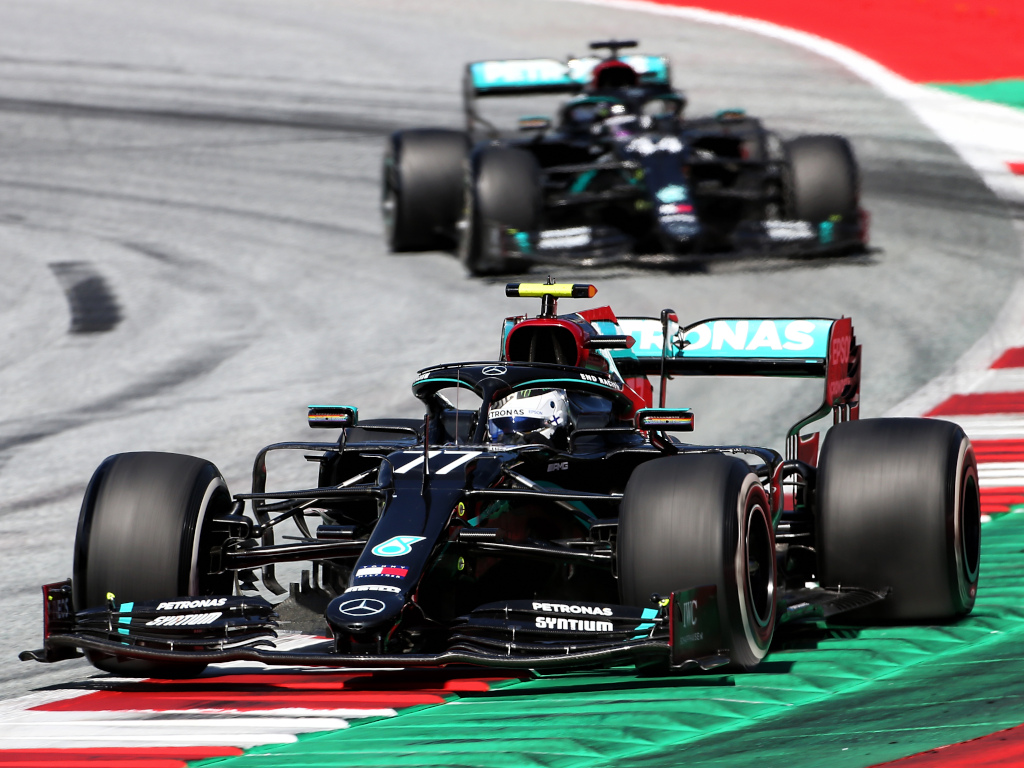 Lewis Hamilton has said he does not think for one second that Valtteri Bottas pushed him back into the pack so he would lose his podium place.

Hamilton had a five-second penalty coming his way once he crossed the finish line at the Red Bull Ring after the stewards deemed that he caused a collision with Alex Albon.

The defending champion finished the race in P2 behind Bottas but fell to P4 when Lando Norris was able to get within range so he could leapfrog him for the final podium spot.

Whilst Norris was pumping in the fastest lap to catch Hamilton, Bottas had slowed down quite considerably out in front.

However, Hamilton does not believe his team-mate had him in mind when he took the foot off the gas.

“I know Valtteri better than probably a lot of other people, being that we’ve worked so closely over these last few years,” Hamilton said via Motorsport.com.

“I know that he wouldn’t do something like that, he’s a pure racer and wants to win through pure, merit. And I believe that when he says that, even though he doesn’t need to say that.”

Bottas’ explanation for his sudden drop in pace was two-fold: yellow flags because of Daniil Kvyat and preparing to have a crack at the fastest lap on the last lap of the race.

“When you’re in the lead you of course want to minimise any risk,” Bottas said.

“And you obviously have to slow down at least half a second and ideally more for double yellows. So I did that.

“And then I also knew that there’s going to be an opportunity to try and go for the fastest lap of the race, which would be silly not to, even though we couldn’t use the kerbs, but at least to try within the limits. So I was charging the pack as well.”

Bottas also said he is not aware of any tension between himself and Hamilton.

“There are incidents and unlucky events,” he added.

“And I’m sure you all know that in F1 many things can happen and sometimes things just go the way they go.

“He is pretty experienced, Lewis, in this sport, so he knows things can happen. So no tension. But we had a good team result in the end.