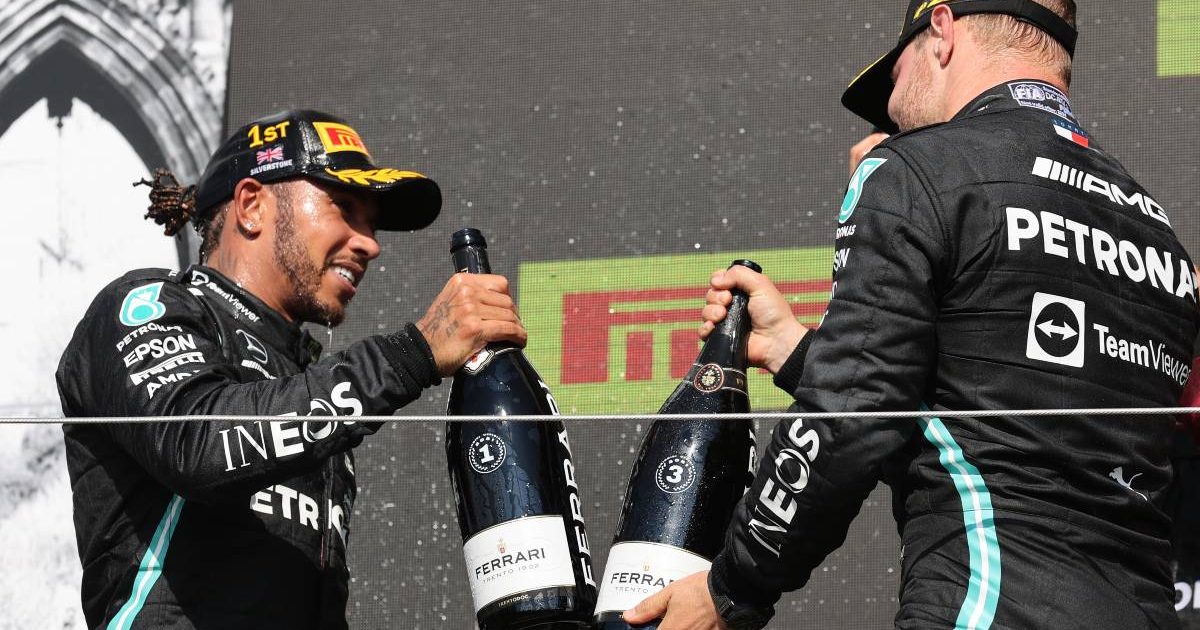 Lewis Hamilton says he would not have won the British Grand Prix had it not been for Valtteri Bottas’ help.

After serving a 10-second time penalty at his pit-stop for his early collision with Max Verstappen, the seven-time World Champion found himself down in fourth position at Silverstone.

He got past Lando Norris’ McLaren fairly easily to go third, with the two cars further up the road being Bottas in the other Mercedes and leader Charles Leclerc, who had been the big beneficiary of the potentially season-defining first-lap incident at Copse.

Mercedes unsurprisingly orchestrated a switch of places on lap 41 of 52, Bottas moving aside, and that allowed Hamilton a clear run to chase down and pass the Ferrari, which he eventually did to wild celebrations from the sun-baked home crowd in the grandstands.

Bottas is in a position now where he knows he has nothing to gain from not playing the team game, with his Mercedes seat very much on the line, but Hamilton nevertheless gave high praise to his co-operation.

“I’m really grateful to my team-mate. He really is a great team-mate and without his participation we wouldn’t have won the race,” the 36-year-old Briton told Sky F1.

“I was chasing down Valtteri and he was so gracious to work so well as a team-mate to allow me to pass, so I could chase the win for the team.

“That’s great sportsmanship, I really do appreciate it.”

Winning as a 𝗧𝗘𝗔𝗠 💜💙 Couldn't have done it without you today, @ValtteriBottas! pic.twitter.com/KEBpnUhqBV

Bottas, whose place at Mercedes is under huge threat from George Russell, revealed he drove the whole race on a scorching afternoon without being able to drink because the in-car system “didn’t work”.

Asked if he was pleased with his fifth P3 finish in 10 races this year, the Finn said: “I don’t know. If I look at the whole picture, as a team it was obviously a great day for us in terms of points – and for Lewis as well, being able to win the race.

“For me, what compromised the race and being able to fight for the win was having wheelspin at the start. That made it a bit more difficult.

“I had to react to the stop of Lando, so we stopped a bit too early to be competitive towards the end, but at least we got Lando and I helped Lewis to win.

“Still, happy to get on the podium and get some good points.”

In other motorsport news, IndyCar and NBC have extended their partnership.

The NTT IndyCar Series will be featured by the television company, and the biggest draw will once again be the Indianapolis 500. The Indy 500 is known as “The Greatest Spectacle in Racing” and remains one of the biggest sporting events of the year.

While NBC Sports will broadcast 13 of the NTT IndyCar races next season, the entire season will be shown on some platform that is owned by the company. The USA Network and Peacock will have live streaming available for each race, and the qualifying and time trials will also be shown.