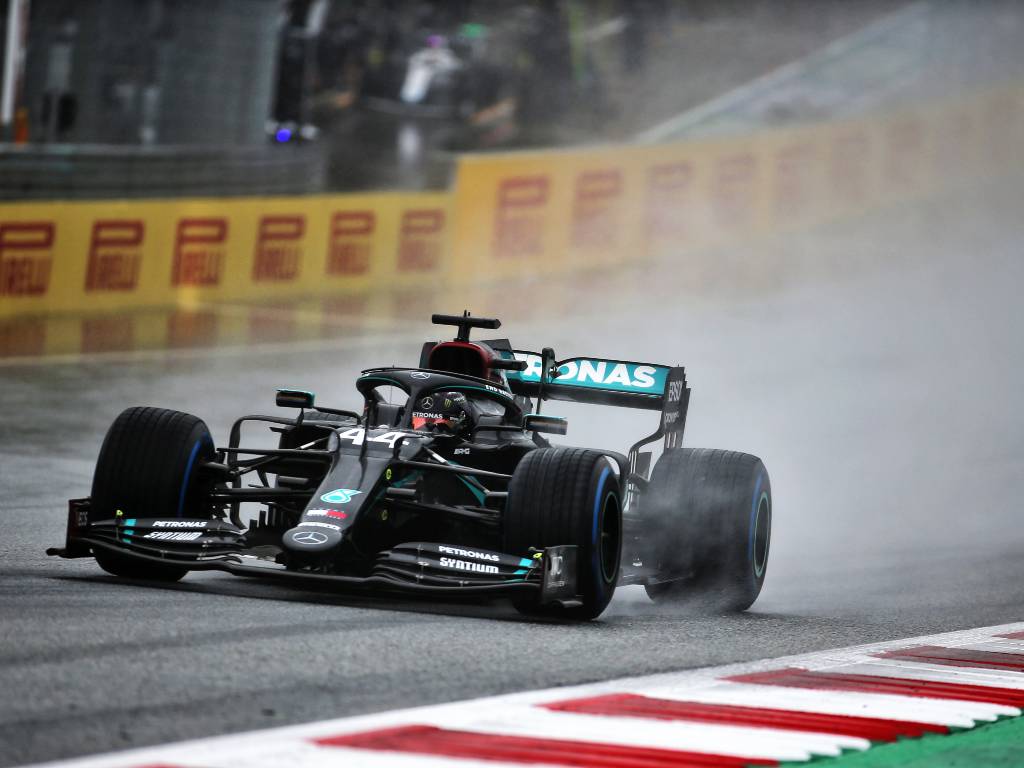 Lewis Hamilton is prepared for the “serious challenge” posed by an Eifel Grand Prix that will now provide only one practice session before qualifying.

Friday’s running at the Nurburgring was completely washed out because rain and fog grounded the medical helicopter for both FP1 and FP2.

Assuming the drier weather forecast for Saturday is accurate, teams such as Mercedes will have to glean all the information they need during a single one-hour FP3 session on a circuit that has not staged a Formula 1 race since 2013.

Hamilton is among the minority of current drivers who have F1 experience of this venue, having won there in 2011 for McLaren, and was disappointed to have been left twiddling his thumbs on day one of the race weekend.

How it started: How it's going: pic.twitter.com/5o36nw5hmd

Asked if the rest of the event was an exciting prospect, the World Champion said: “Definitely, especially if it stays like this. Hopefully clearer skies but you know what I mean…wet, it definitely makes it a serious challenge with less practice and I look forward to that.

“It’s definitely a bit frustrating to miss out days like this. We all could have come a day later. We probably wouldn’t have got a huge amount of running in really because we are limited on tyres if it’s going to stay like this for the weekend, but I’d love to have even done an install lap but because of the helicopter we’ve been grounded. But everyone’s in the same boat.”

Quizzed as to how he had spent the time waiting to see if practice could begin, the 35-year-old said: “I’ve got Roscoe [dog] here with me, so a bit of messing around with Roscoe.

“Otherwise looking at some on-board footage of previous years we’ve been here in the rain and teetering around with some music, just trying to keep myself occupied.”

Hamilton’s team-mate Valtteri Bottas is now focused on hitting the ground running in FP3 to give himself and his side of the Mercedes garage the best chance of repeating his victory in the Russian Grand Prix two weeks ago.

“We just want to go out and play really, especially after FP1 was cancelled you just want to get out but not today,” said the Finn.

“We’ve had these kind of days in the past so it can happen, you can’t change the weather. A bit of a day wasted but hopefully tomorrow will be better.

“We need to be really efficient with what we do in FP3, so I think obviously we have to change the original plan because today was compromised. We just need to make the most out of it in terms of short runs for qualifying and long runs to get the data for the race.

“As a driver you really need to be quick on picking up things and be efficient.”