Home News Lewis: With or without Bono, Merc good 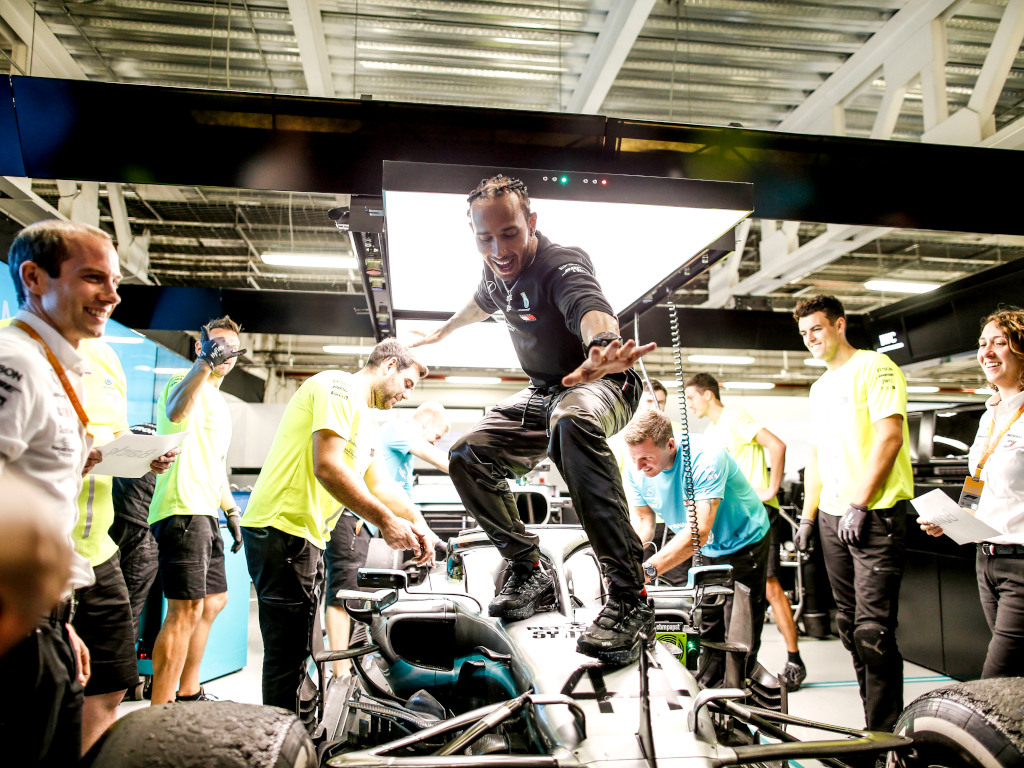 Lewis Hamilton says winning the Mexican Grand Prix without his usual race engineer Pete ‘Bono’ Bonnington shows that “there is not one weak link” at Mercedes.

The reigning champions were a bit sluggish in qualifying as Hamilton was only fourth fastest on Saturday, but he started P3 due to Max Verstappen’s demotion.

However, it all came together for the Brackley-based squad on Sunday as Hamilton took the chequered flag with team-mate Valtteri Bottas claiming the final podium spot after some good strategies from the pit wall.

Naturally, Hamilton was delighted with the team effort.

“There is so much work that goes on in the background,” he told Sky Sports F1.

“We knew we were up against a serious challenge [in Mexico], we knew it would be a tough weekend and you saw in qualifying we did not have the true pace.

“But we kept our cool, kept working with the strategy, the guys working on the tyres were a bit nervous trying to get them in the right window, but it all came together in race, even though it started out pretty hectic with Max and Seb.”

Hamilton, though, didn’t have his usual race engineer in his ear as Bonnington has undergone a “medical procedure” that saw him not only miss the Mexican race, but also the upcoming United States GP.

The five-time World Champion added: “It shows the strength in depth that we do have throughout all the people that work in the team.

“There is not one weak link within our team and that’s why we are winning World titles.

“We’re fighting against other good teams but they have weak links and make a lot more mistakes than we do.”