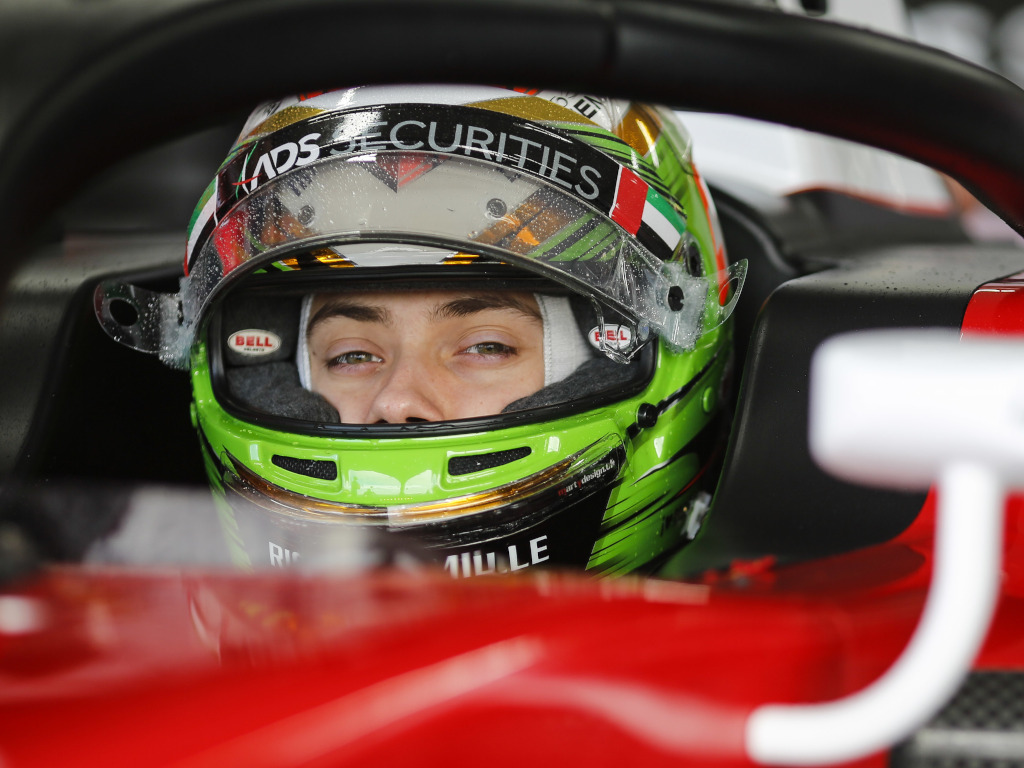 Signed as a reserve driver for Haas, Louis Deletraz says he has to put in a good showing in this year’s Formula 2 as he does not have the budget to buy an F1 seat.

Haas announced earlier this year that 22-year-old is one of the team’s two reserve drivers for the 2020 F1 championship.

Deletraz will combine his Haas duties with his Formula 2 job, racing for the Charouz team.

The Swiss driver spent 2018 with Charouz, finishing P10 in the championship, before moving to Carlin in 2019 where he was eighth.

This year he is back with Charouz and concedes it will be a big season for him as he looks to step up into Formula 1 in 2021.

“Hopefully I can get the chance,” he said in a Q&A with FormulaRapida.net.

“Basically, for sure, if we put it clear I don’t have a budget to buy a seat in F1, so it has to come from performance.

“I’m into F2, with a strong team, I’m experienced so I want to win, I want to be always fighting on the front and then we will see where we end up.

“I’m sure Haas with Gene and Guenther will follow the season and hopefully if it goes well they will give me the chance.

“I honestly don’t know, we didn’t speak about it but I will do all my best to impress them as much as I can.”

The Swiss will hopefully have the opportunity to impress later in the year, both when the F2 season begins and F1 also gets underway.

But it remains to be seen how much time Deletraz gets, if any, in the Haas VF-20 during this season.

“It feels really good, actually I’m a reserve driver thanks to the superlicence, so that means I can get in the car anytime.

“I will keep doing my development role this year, of course, that’s my main purpose, I’ve been doing it now for almost two years, and we have a very strong relationship with Haas and all the engineers.

“Guenther Steiner and Gene Haas trust in me into this, into the job, which is a nice feeling and I’m very happy to be a reserve driver in F1, for me it’s a big achievement that gets me closer to the dream.”