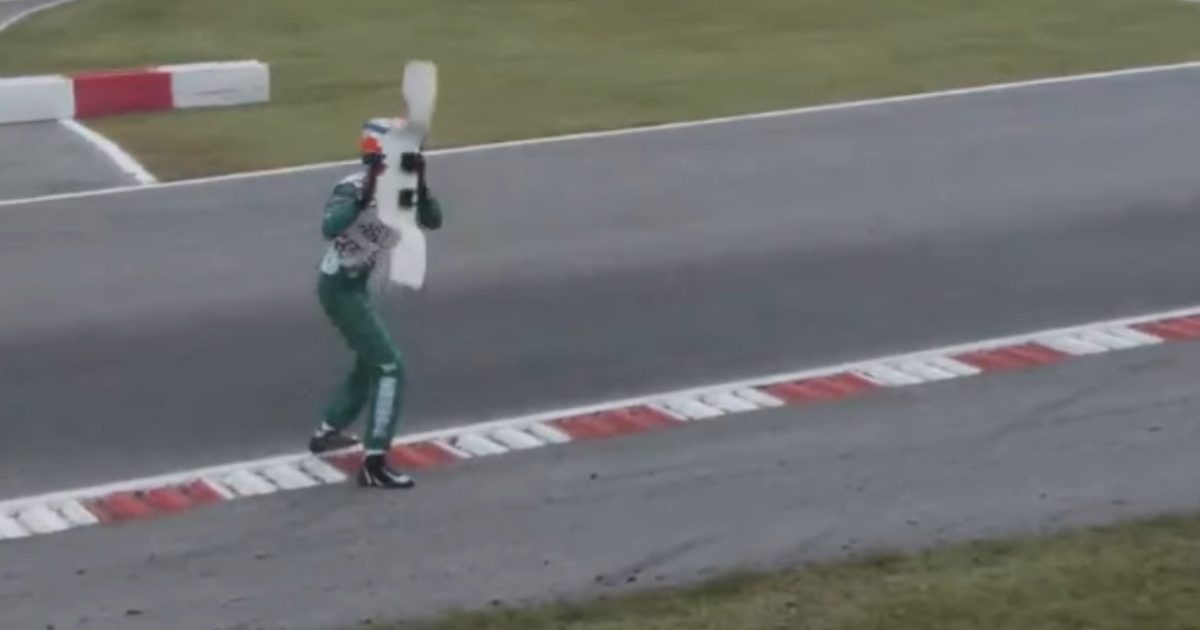 The FIA has confirmed Luca Corberi will appeal the 15-year racing ban which was handed to him in April 2021.

The Italian incurred that punishment for his disgraceful actions at the 2020 World Karting finals, during which he attacked Paolo Ippolito on several occasions.

Corberi was angered by Ippolito, who he felt had taken him out of the race, during a FIA Karting World Championship event.

He would then proceed to throw the bumper of his car at Ippolito, before attacking him again in the paddock after the race, alongside his father who owns the track.

Initially the FIA had been pursuing a lifetime ban for Corberi, but ultimately the FIA’s International Tribunal set it at 15 years, believing that the Italian should have the chance to return to racing after serving his suspension.

But, it has now been confirmed that the FIA has received Corberi’s appeal of the sanctions, and this will be heard on June 22, 2021.

The FIA state that their decision will be published as soon as possible after the hearing.

Luca Corberi, the so-called karter who did this, has officially lodged an appeal to the FIA over his 15-year ban.

The hearing is on June 22. pic.twitter.com/ctgoBVyJBE

Corberi’s actions drew widespread criticism throughout the world of motorsport, with 2009 F1 World Champion Jenson Button making it clear at the time that a lifetime ban should have been imposed.

“Luca Corberi has just destroyed any chance he had at a racing career after his disgusting behaviour today at the FIA Karting World Champs,” Button wrote on Twitter at the time.

2019 Indy Lights champion, Oliver Askew, added: “Disgusting scenes from the CIK World Championships, no place for that in our sport.

“Could have been a very scary outcome for the drivers on track and should be a good lesson for young drivers on HOW NOT TO ACT.”