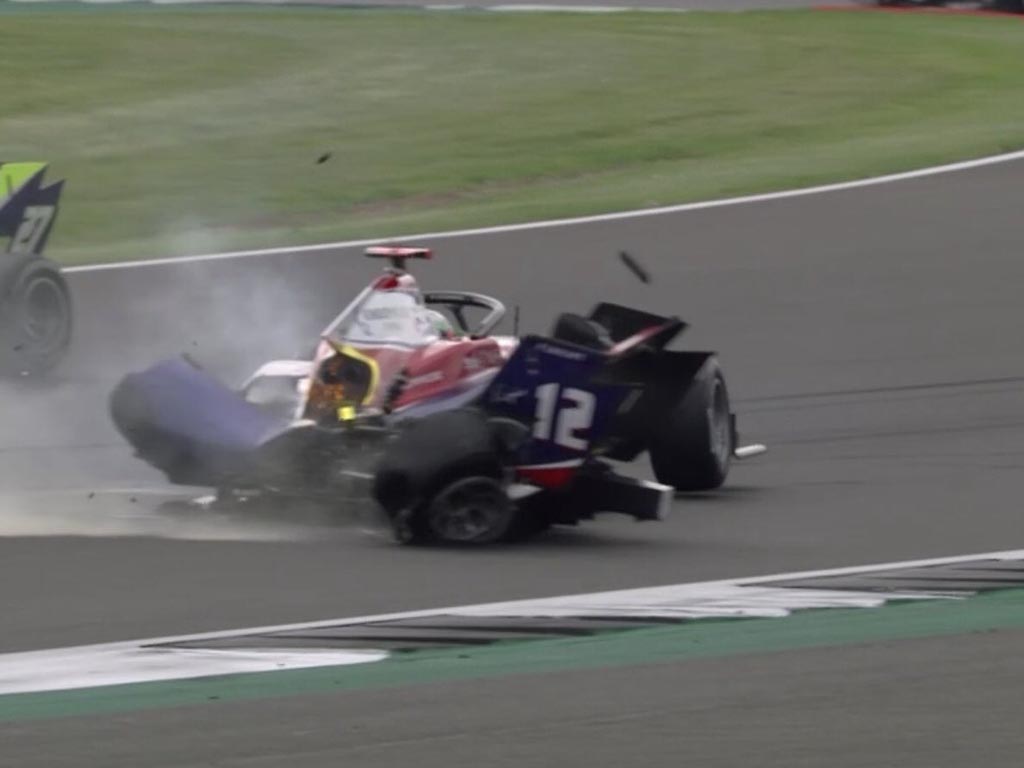 Olli Caldwell had a lucky escape in Saturday’s feature race for the British F3 GP, collected at speed by Lukas Dunner as he spun.

Both drivers were unhurt in the crash.

With Liam Lawson leading the grand prix on lap 16 of 20 as the race was restarted after a Safety Car for Jack Doohan and Bent Viscaal crash, Caldwell was battling for position in a bunched up field.

The Trident driver was pitched into a spin by Max Fewtrell through Vale but stayed on the track, and on the racing line.

One by one his rivals managed to avoid him, at least until Dunner came along.

A huge crash in #F3 as the rear of Oli Caldwell's car is collected by Lukas Dunner.

Thankfully both drivers escaped without injury, although Caldwell’s car took a beating.

Trident will be in a race against time to get his car fixed for Sunday’s sprint event.

Lawson won the race, which ended behind the Safety Car, beating Oscar Piastri.