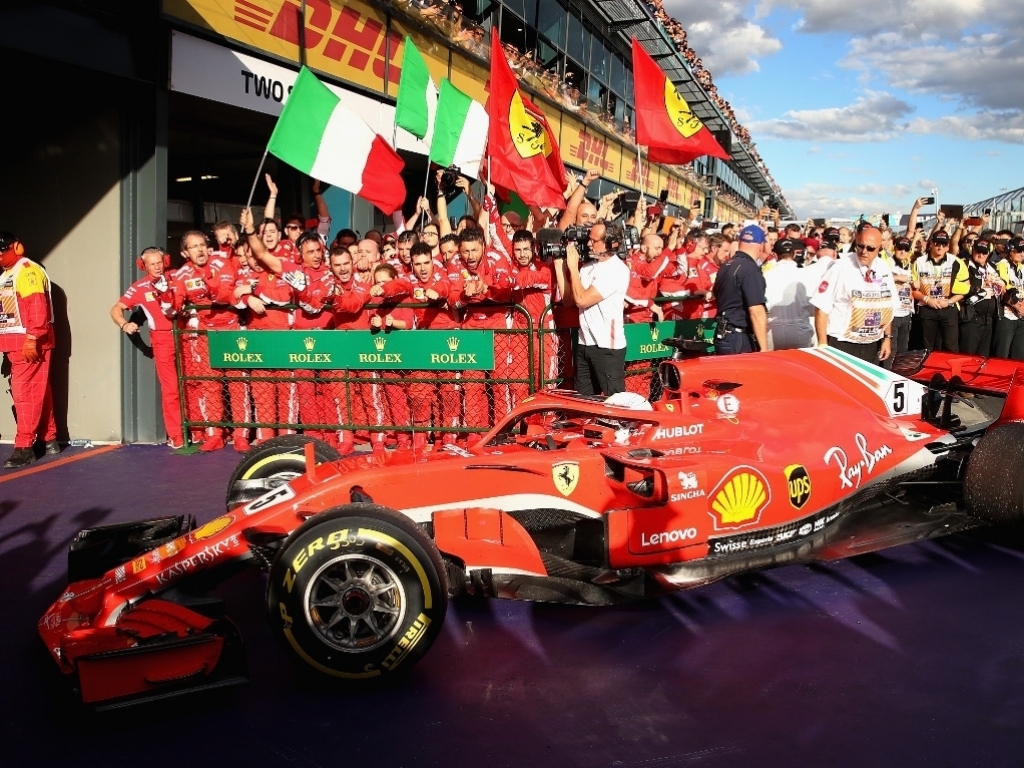 Benefitting from a Virtual Safety Car even Sebastian Vettel acknowledges that he got a “bit lucky” in Melbourne on Sunday.

Vettel did not have the best of starts to the Australian Grand Prix and was lapping in third place, dropping further and further behind Lewis Hamilton and Kimi Raikkonen.

However, a Virtual Safety Car midway through the race changed all that.

Brought out after Hamilton and Raikkonen had pitted, but before Vettel stopped, the German was running P1 at the time.

He was able to pit under the VSC, getting the jump on both Hamilton and Raikkonen.

“We got a bit lucky obviously with the Safety Car,” he said. “I really enjoyed it.

“I hoped my start would be a bit better but it didn’t really work so had to settle for third.

“At the end of the first stint I lost a bit of the connection to Lewis and Kimi ahead.

“I was praying for a Safety Car and then there was a car stopped in Turn Four and then the Haas stopped in the exit of Turn Two and when I saw it I was full of adrenaline.

“The race is frozen but to come into the pits on the limit and when I got out ahead I knew it was difficult to pass.”

And although Vettel came under pressure from Hamilton in the closing stage, he held on to win the race claiming back-to-back Australian GP wins.

He continued: “He kept the pressure on, especially the beginning of the last stint but the last five laps I could enjoy a little bit more.”