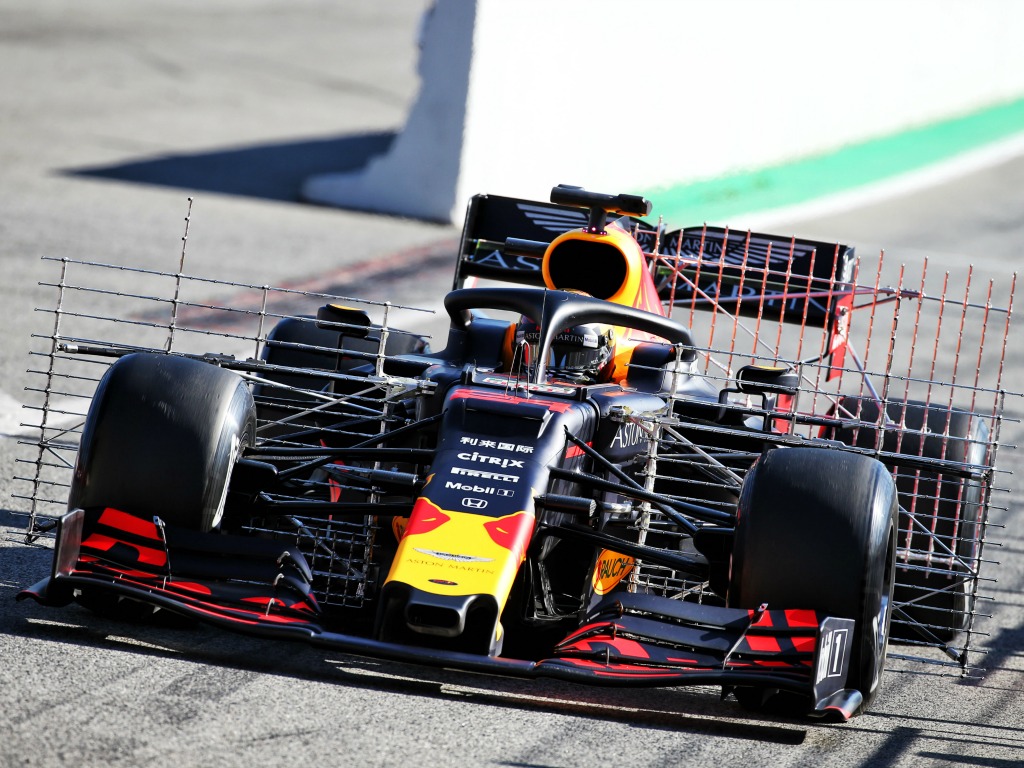 Magnussen sat top of the timesheet at lunchtime with a 1:18.101 to his name at the Circuit de Catalunya, 2.6 seconds slower than the quickest time set so far by Mercedes’ Valtteri Bottas on Tuesday.

Scuderia simulator driver Antonio Fuoco, just 0.081s slower, was P2 and Toro Rosso’s Alex Albon made a late surge to P3 with a 1:18.263, knocking Kimi Raikkonen in a repaired Alfa C38 down to P4.

But the most notable incident of the morning session was Red Bull red-flagging the session once again.

Pierre Gasly came to a stop in Tuesday’s afternoon session, citing problems with the transmission, and those gremlins were still there when Dan Ticktum took to the wheel.

The RB15 missed the first hour of the morning session and then came to a stop again at Turn 10 after around an hour of running.

Ticktum’s stoppage was the first of three red-flag incidents on Wednesday morning, with current Formula 2 leader Nicholas Latifi and 2018 GP3 runner-up Nikita Mazepin also stopping in the respective Williams and Mercedes cars inside the final 30 minutes.

Before taking an early lunch, Latifi, in P6, had posted his best time of 1:19.432 which was some seven tenths quicker than what Robert Kubica managed in Q1 last Saturday, a man Latifi has been tipped to replace.

Just as the track went green again, the red flags returned after Mazepin spun out at Turn 12 in his first outing for Mercedes, prompting an early end to the session.

Whoops 😅 A gentle 360 to inspect a gravel trap just before the lunch break for Nikita!

Boys have the car back already and are checking for any damage 👌 pic.twitter.com/7yZEIfpfZj

Mazepin still racked up the most laps of any driver in the field, with 82 to his name before his little trip to the gravel.

The only scheduled driver change for the final afternoon session is Sergio Sette Camara replacing Turvey in the McLaren MCL34.