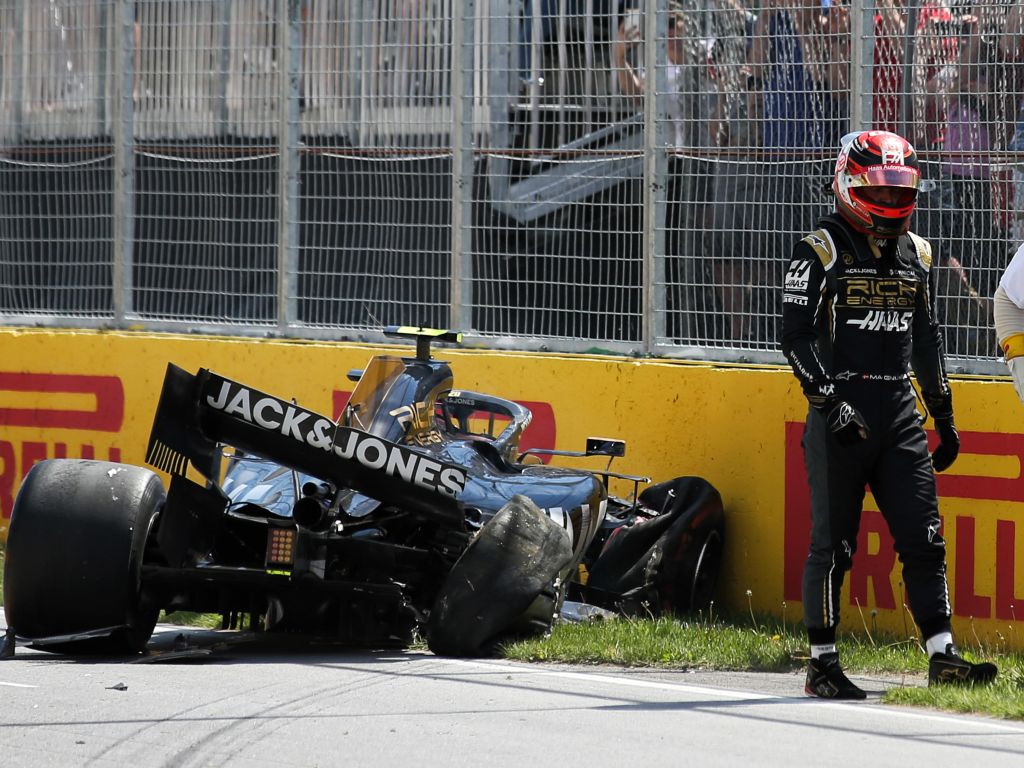 Haas have confirmed they need to change the chassis of Kevin Magnussen’s car after his Q2 crash in Canada, condemning him to a pit-lane start.

The Danish driver brushed the ‘Wall of Champions’ as Q2 entered its closing stages, causing his VF-19 skid across the track and smash into the barriers on the other side of the main straight.

The news means that Max Verstappen, who originally qualified P11 because of the red flags brought out by Magnussen, will now start P9 after Carlos Sainz received a three-place grid penalty for blocking Alex Albon.

Guenther Steiner just confirmed it will be a pitlane start for @KevinMagnussen. "Gearbox and chassis are damaged. And anyway it's better to start with fresh tyres from the pitlane than on used C5 tyres from P15." #AMuS

Magnussen had said it was “very likely” that a chassis change would be required, and team principal Guether Steiner has now moved to confirm it.

“It’s pretty big. We need to change the chassis – we will start from the pit lane, obviously,” Steiner told reporters in Montreal.

“We need to change the gearbox. There’s no point trying to start somewhere at the back with the C5 tyre. So we start from the pit lane.

“The best way is to change the chassis, the quickest and safest way is to do that and then go back and start from the pit lane for once.”

Magnussen would have started from P9 on the soft tyres since he had made it to Q3 before his crash prevented him from taking part.