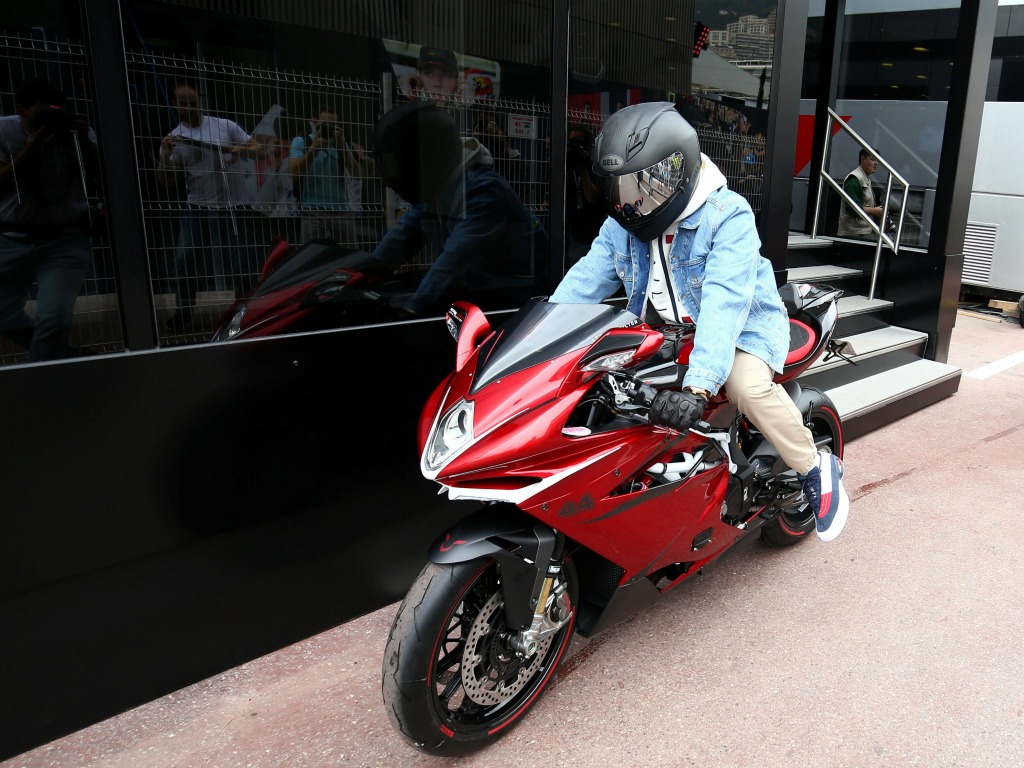 Five-time MotoGP World Champion, Marc Marquez, has said he would be open to challenging Lewis Hamilton to a champion v champion battle on both two and four wheels.

Hamilton is a big MotoGP fan and had a private test in 2018 on board a Yamaha World Superbike R1 at a two-day event in Jerez, alongside riders Michael van der Mark and Alex Lowes.

Hamilton has previously said he was “100 per cent” committed to riding a MotoGP bike in future in a official test.

“Of course! It would be interesting,” Marquez said when asked by Sportsmail about a potential duel with Hamilton.

“Face-to-face, first an F1 car and then a motorbike because I know he is riding.

“I speak to him by social media sometimes and I know he rides a bike and rides really well. So I look forward to, at a minimum, meeting him. We were very close last year but we had compromises and couldn’t make it work.”

While Hamilton is no stranger to riding bikes, Marquez also has experience in a Formula 1 car having taken a 2012 Red Bull decked out in Toro Rosso livery for a spin.

He said: “I tested at the Red Bull Ring in a Toro Rosso car. It was a really nice experience. I drove 40 laps and it was a real test.

“The speed was there but I lack the experience. I knew the layout of the track but the braking points and downforce was the most difficult thing to understand. I could get used to it at a normal circuit, but not Monaco!”

‘To drive an F1 car at a normal circuit, it’s ok. You can find the limit but in the middle of the city, like Monaco, it is more difficult.”