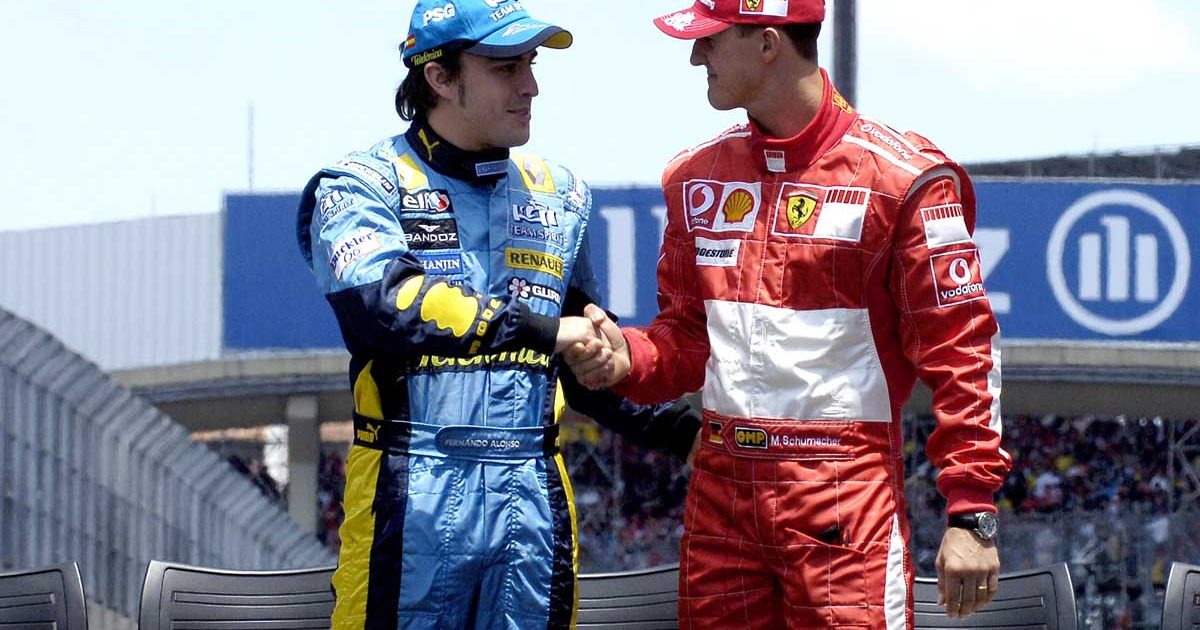 Alpine executive director Marcin Budkowski has said Fernando Alonso sets a “benchmark” at the team, like he witnessed Michael Schumacher do at Ferrari.

Budkowski has spent two decades in Formula 1 so far, including a stint with Ferrari during the German’s most dominant years in the early 2000s, and recognises similar traits in his current driver.

With Alonso showing he is looking close to being back to his full potential at Alpine, the team boss lavished praise on the double former World Champion.

“I’ve worked with a number of drivers through a bit more than 20 years in F1 and he’s extremely impressive,” Budkowski said to The Race.

“He’s impressive in his approach, which is very, very professional. It reminds me a bit of Michael, to be honest, when I was at Ferrari and he was a benchmark in terms of how professional he was and how meticulous he was in his approach and I see that similar trait in Fernando.

“The other thing that blows me away is his racecraft. It is mindblowing almost because we are sat on the pit wall, we have all the data, we have full visibility on the race, he’s in the car driving at full speed and he has almost the same analysis of the race we have with nowhere near as much data or the ability to take a step back.

Fernando Alonso, it has been claimed, "holds a grudge" against Lewis Hamilton.

Jack Plooij of Ziggo Sport has had plenty to say about those two and Max Verstappen.https://t.co/n4MQC7GmCu #F1 pic.twitter.com/mLfsFcwLKB

“That’s the thing that impresses me the most. I guess it’s 20 years of experience in driving Formula 1 cars, perhaps. There’s not many drivers even with 20 years’ experience that would be capable of that.”

Alonso has had to put up with questions about his future for most of the season, despite only just returning to the sport – having now raced past his 40th birthday.

The Spaniard feels confident in his own abilities, to the extent he feels he would be able to be faster than his 23-year-old self in the car driving “with one hand”.

With that, the Alpine executive director said rather than looking backwards, Alonso is very much trying to see what is around the corner for 2022.

“He doesn’t feel like an old man ready to retire,” Budkowski stated. “He is hungry, he is looking forward to next year.

“Every time in the factory he is asking ‘how is next year’s car coming?’ He is enjoying himself very much this year, I think you’ve seen that on the racetrack.

“But outside of the track, the interactions with the team, you can see he is happy to be back in Formula 1.”