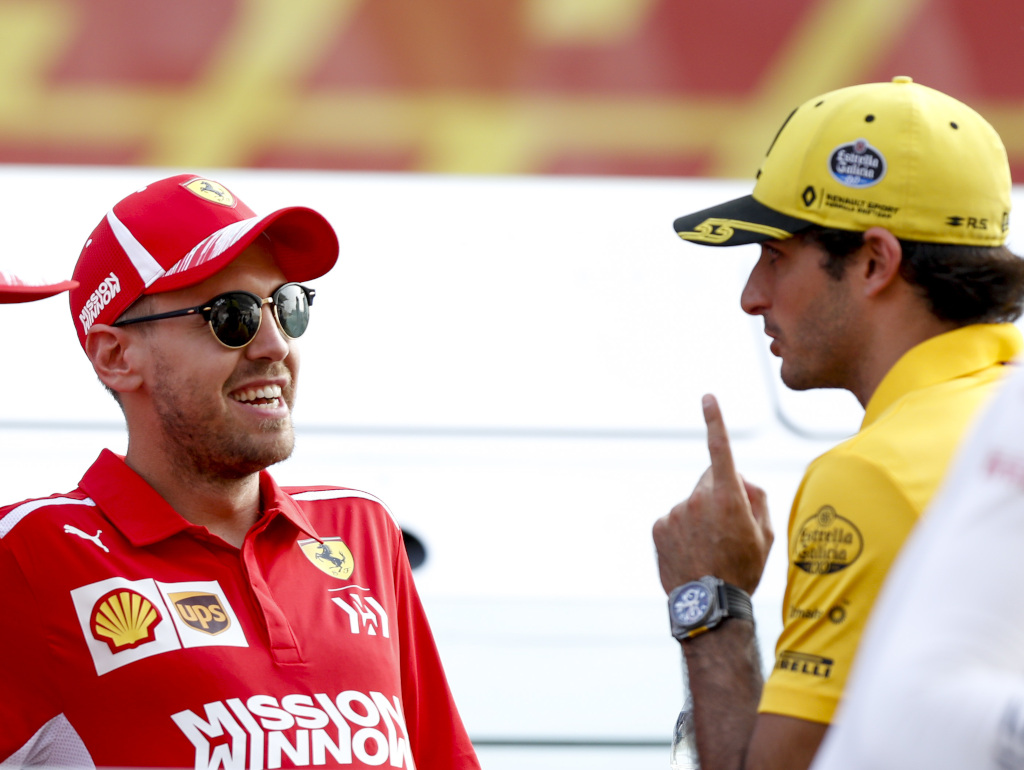 Mark Webber admits he was surprised that Ferrari opted to sign Carlos Sainz instead of Daniel Ricciardo as Sebastian Vettel’s 2021 replacement.

Vettel is leaving Ferrari at the end of this season after the Scuderia decided not to renew his contract.

That came as a shock to many, especially Vettel given that Ferrari had been telling him and everyone else that he was the number one pick to partner Charles Leclerc in next year’s championship.

The surprises didn’t stop there.

48 hours after confirming Vettel’s exit, Ferrari announced that McLaren driver Sainz would be the one replacing the four-time World Champion.

That too was a shock as it was widely believed that Ricciardo was the favourite to take the Ferrari seat.

The Aussie had been linked to Ferrari several times during his Formula 1 career and publicly stated that it would be a dream move.

Instead he’s off to McLaren to replace the Ferrari-bound Sainz.

His compatriot Webber is “surprised” by the decision and feels Sainz could have a tough time of things when he races in red.

“I was actually surprised,” the former F1 driver said via Channel 4.

“Daniel was the obvious answer on all of our lips to go into that role in terms of his credibility, race wins and being out of contract.

“There was a chance I thought that might happen.

“Carlos is very statesmanlike and professional. I think he fits the brand well and I’m cool with that but I feel like he is going to go into a very hot kitchen.

“Driving there in the future is going to be a pretty tough gig for him and Charles, obviously, is world class.

“So yeah…bit surprised but Formula 1 is full of those.”

He’s not the only one.

Another former F1 driver, David Coulthard, believes Ricciardo would have been a better option for Ferrari as he would have pushed the Scuderia to improve.

“I agree with Mark,” Coulthard added.

“Daniel was the more obvious choice for Ferrari in that he has got those race victories and got Italian descent.

“I just think he [Daniel] is more elbows out [than Carlos].

“He is known for loving his kickboxing and they [Ferrari] need to get their ass kicked there and get themselves back in shape.”