Home News McLaren have more ‘calmness and firepower’ than Ferrari 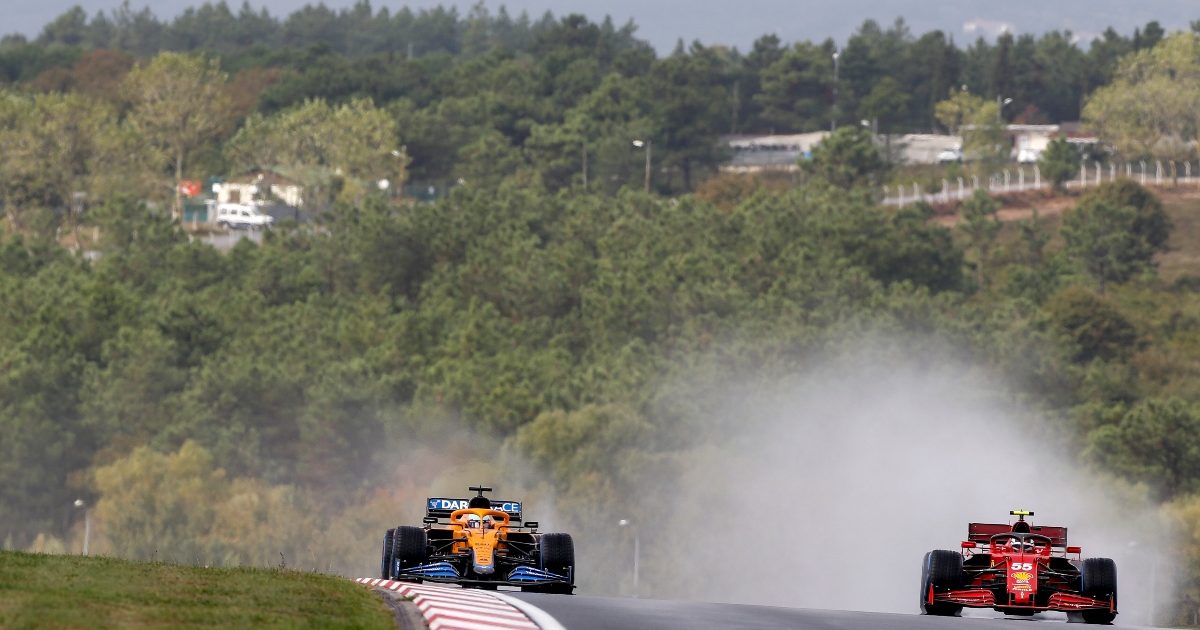 Mark Webber thinks McLaren will beat Ferrari in the battle for P3 in the Constructors’ Championship as they’re better operationally.

The British team currently occupy P3 in the standings but are far from guaranteed to finish there with their Italian rivals just 7.5 points behind with six rounds to go.

Ferrari have looked particularly strong following their engine upgrade, with Charles Leclerc just missing out on a podium in Turkey and Carlos Sainz making his way through the field far faster than Daniel Ricciardo.

Nevertheless, Webber is backing McLaren to prevail as they operate better as a team, and is hoping they do so.

“I just think McLaren have just had a long ride, haven’t they?” he told the F1 Nation podcast.

“And I’ve liked to see them, they’ve worked so hard. You saw the emotion come out in Monza. All the members of staff, it was just so good to see. So I’d like to see them capitalise on the Constructors’ in third place.

“I just think, operationally – I know they’ve had a few rogue pit stops and a few things here and there – their starts are good.

“I think they’re very good internally, in terms of reflecting on their mistakes, and the communication, I think, is good around that.”

Both teams entered the season with new drivers, with Sainz leaving McLaren for Ferrari and Ricciardo replacing him as Lando Norris’ team-mate.

The two have had contrasting fortunes, with Sainz hugely impressing from the off and leading Charles Leclerc in the standings, also claiming three podiums

Despite winning a race, Ricciardo has been less impressive and has struggled to get to grips with his machinery more often than not, usually being a long way behind Norris.

Indeed, Webber thinks that the Scuderia have the edge when it comes to drivers due to his compatriot’s problems but still believes that McLaren will prevail nonetheless.

“I just think that, Ferrari, both their drivers are an advantage over Lando and Daniel at the moment,” the Aussie continued.

“Daniel’s still not quite firing, he wanted to bring a bit more to the table.

“But I think, operationally, McLaren just have that little bit more calmness and firepower.”