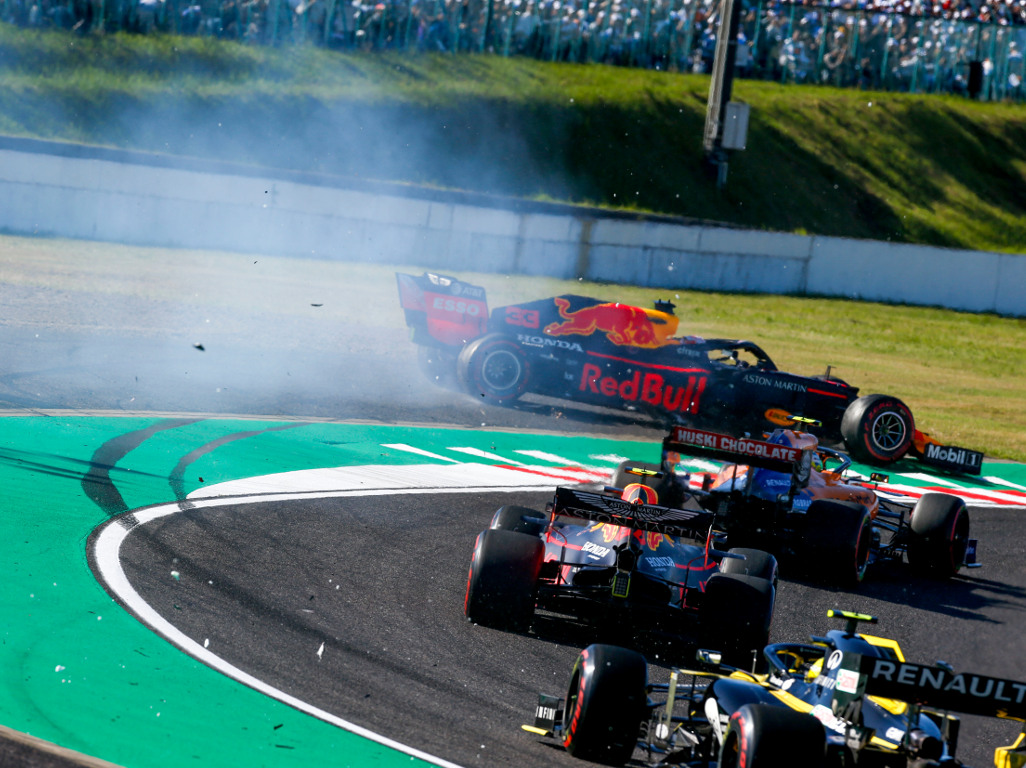 Helmut Marko says it was “clear” Charles Leclerc deserved a penalty for his clash with Max Verstappen as he would have gone off the track had he not hit the Red Bull.

Leclerc understeered into Verstappen on the second corner of the opening lap at Sunday’s Japanese Grand Prix.

The impact pitched Verstappen into a spin with the Dutchman later retiring as a result of the crash damage.

Leclerc, whose Ferrari’s suffered a broken front wing, was able to continue and crossed the line in sixth place.

“Unfortunately the damage was so massive, we lost downforce,” thejudge13 reports Marko as having said. “That didn’t make any sense to go on.

“It’s ironic: That was the best start of the whole season. And he was one car long in front and the Leclerc clearly drove into his car.

“Such a stupid mistake can’t happen to a top driver.”

Leclerc was handed a five-second time penalty for his antics in the wake of the grand prix which, together with his 10-second penalty for driving an unsafe car, meant he fell from sixth to seventh.

“The case was clear,” he told GPBlog. “Leclerc would have gone straight if he had not had the Verstappen as a buffer.

“If there had been no punishment, I would have understood nothing.

“Unfortunately, punishment does not help us anymore.”