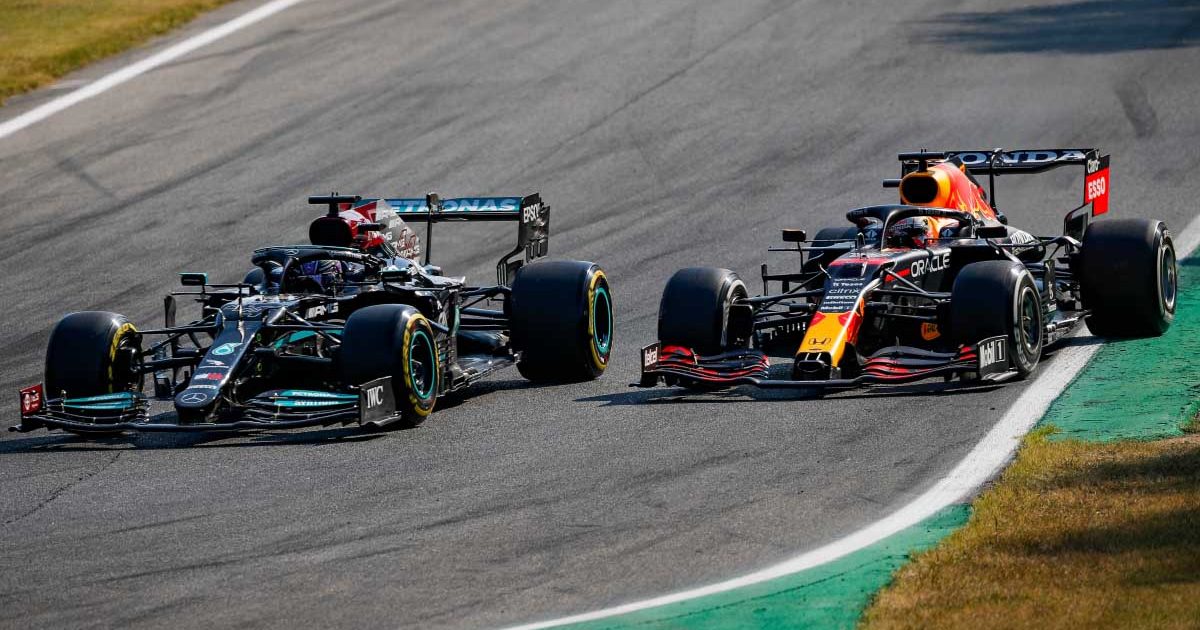 Martin Brundle  has said he expects an “even-stevens” fight between Mercedes and Red Bull for the rest of this enthralling F1 season.

Both title battles are finely poised, with Max Verstappen narrowly leading Lewis Hamilton in the Drivers’ standings, with Mercedes holding a healthier advantage in front of their rivals in the Constructors’ Championship.

The two World Championship contenders have been trading places all season and, with the varying characteristics of each of the six remaining circuits, the consensus is certain tracks will favour Mercedes and others will play into Red Bull’s hands.

However, Red Bull were worried by Mercedes’ pace advantage they held at the last race in Turkey, but Verstappen said he is still expecting a good battle with Hamilton next time out.

Heading over to Austin for the United States Grand Prix next weekend, the Sky F1 analyst is expecting it to be another tight battle between the two World Championship protagonists.

It is between Max Verstappen and Lewis Hamilton for the 2021 title, but which tracks will favour who?https://t.co/AJpC7LwBd1 #F1 pic.twitter.com/rnPVWndMq4

“I would expect it to be a bit nip-and-tuck between the two teams,” Brundle told Sky Sports. “It’s quite a challenging circuit, it’s bumpy in places.

“I think when we move into those circuits, the next two circuits in Mexico and Brazil, at higher altitude, we see that the Honda – the layout of the Honda power unit – really seems to work well at the higher altitudes. It seems to generate more power.

“We don’t know about Qatar, for example, that’s a completely new grand prix, so is Saudi Arabia, so they’re great unknowns.

Brundle also echoed Toto Wolff’s view that, rather than small points swings at each race, either driver recording a retirement could prove to be the decisive factor in the fight for the World Championship.

“Absolutely. Absolutely,” he added when asked if a DNF is crucial now. “With Lewis [in Turkey], if somebody tagged him in the first corner for example, starting mid-pack, yes – one failure of the car, one error.

“I mean, Lewis was fighting the car so hard up against Sergio Perez, a tiny bit of contact there would have put him out of contention.

“They’ve got to watch this so closely. We’re now getting down to the crucial part of the season where a ‘did not finish’ would really turn the tables, massively.”