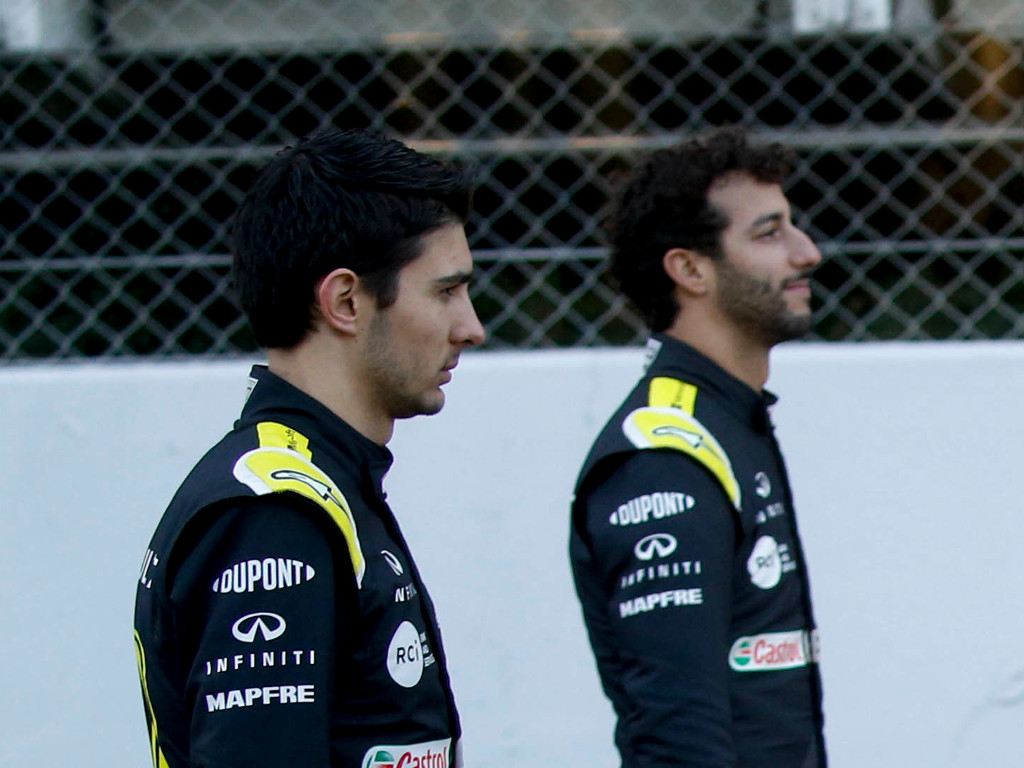 The Frenchman will race with the team in 2020 and 2021 after signing a two-year deal to leave his reserve driver role at Mercedes.

And with his current team-mate Daniel Ricciardo leaving Renault at the end of the year, Brundle says Ocon now has the perfect opportunity to make himself the team leader.

He expects “brilliant” things from the 23-year-old.

“I think he’ll be brilliant,” he said on the Sky F1 Vodcast.

“I think he’s a great young racing driver and he has had a year out with the headphones on in the back of the Mercedes-Benz garage, he’ll have learned a lot and matured.

“Is he a team leader, though?

“Ironically, Ricciardo-Ocon is a tremendous partnership and it’s a shame for Renault that that’s changing.”

Speculation over who will take Ricciardo’s seat continues to swirl with Renault not rushing to decide.

They have confirmed that Fernando Alonso, who won his two titles with the team in 2005 and 2006 is an option, but Brundle questions if Renault could cope with the fiery Spaniard for a third stint.

He also thinks the decision will rest heavily on whether or not Ocon proves in 2020 that he can lead the team.

“Will they take on Alonso or Vettel, if he’s interested?,” said Brundle.

“Alonso’s pretty hot to handle as a driver, are Renault ready for that? Or if another Charles Leclerc-style kid turns up on the scene, will they take a risk on that? I think it depends on if Ocon demonstrates he can lead that team.”

The 2020 season gets underway with the Austrian Grand Prix on July 5.