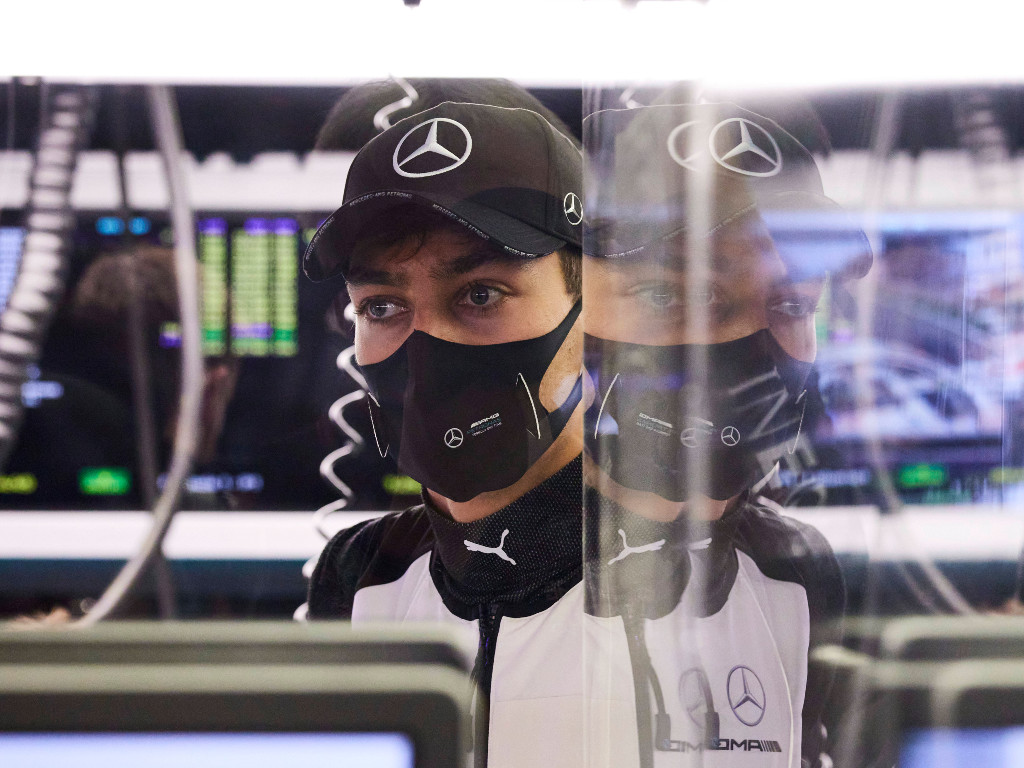 Ex-F1 driver turned pundit Martin Brundle has urged George Russell not to let the heartache of the Sakhir GP “eat him up”.

When Lewis Hamilton tested positive for COVID-19 prior to the Sakhir Grand Prix Russell was given the golden ticket as he swapped his Williams for the dominant Mercedes W11.

And it was a fine weekend for the Briton already by the end of qualifying after putting his W11 P2 on the grid, only 0.026s down on Valtteri Bottas who hasn’t missed a race for Mercedes since joining in 2017.

The race then started even better as Russell took the lead from his team-mate at the start in to Turn 1 and began to build a nice gap at the front.

Disaster struck though in the pits as a Mercedes blunder saw Russell sent back out on Bottas’ tyres, meaning another stop was needed to correct that error.

And just as Russell was storming his way back through the pack and had race leader Sergio Perez in his sights, a puncture would end any hope of victory.

Russell while thankful for the opportunity, was understandably downbeat after the race, and with Lewis Hamilton now fit and back in the W11 for the Abu Dhabi GP, Russell won’t get the chance to set the record straight.

However, he showed the world of motorsport just how talented he is, and Brundle urged his compatriot not to let the upset of Sakhir eat him up, because in the end he did what he set out to do, which was putting himself on Mercedes’ radar for the future.

“My advice that I gave George, that he didn’t ask me for, don’t let this eat you up, don’t let it be a negative energy,” Brundle told Sky F1.

“Overall it was a fantastic weekend for the brand George Russell, for his career, for his own confidence.

“And I know from experience races that got away it can just keep gnawing away and it doesn’t do any good, you can’t change it, just keep his head down and believe in himself.

“Just remember that he might have locked a brake in qualifying, somebody might have run into the back of him in the first corner and taken him out of the race and he might never have been able to demonstrate that, so all-in-all he has to treat it as a brilliant experience.”