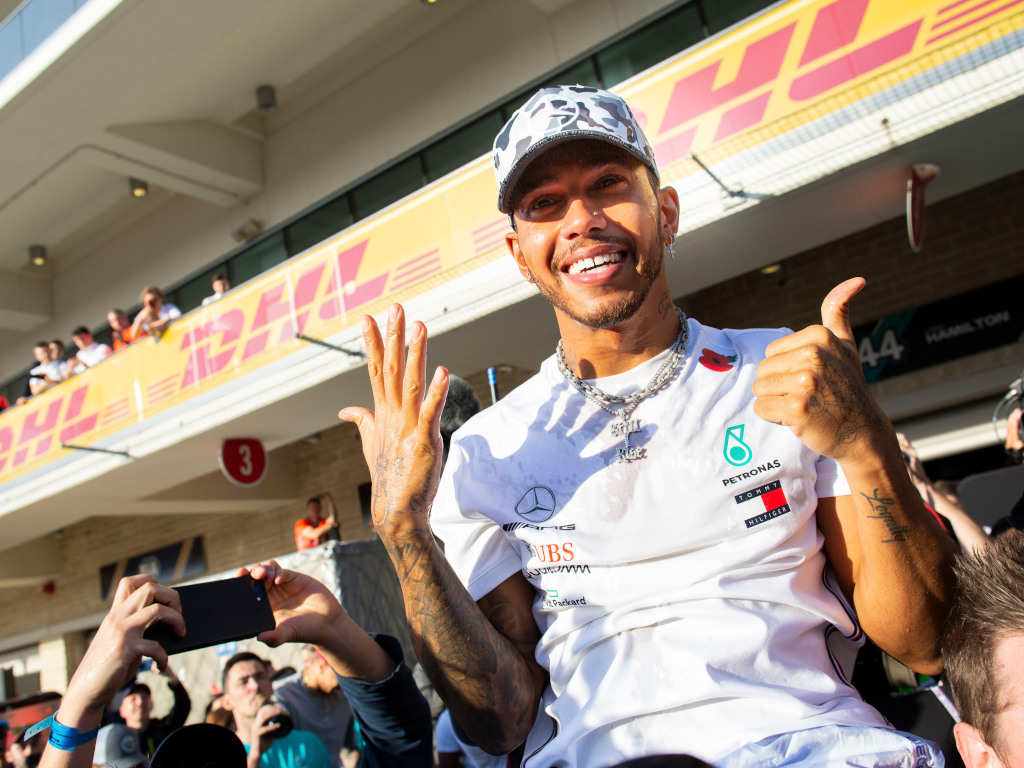 Martin Brundle has hailed Lewis Hamilton as “one of the UK’s greatest-ever sportsmen”, adding “he’s more box-office than the rest of F1 put together”.

Hamilton became a six-time World Champion on Sunday after winning his fifth title with Mercedes to go with the 2008 trophy he won while at McLaren.

It puts him one shy of Michael Schumacher’s all-time record while, of the drivers currently on the grid, Sebastian Vettel is next best with four titles.

Of course there will always be a debate about who the F1 GOAT (greatest of all time) is, and Brundle says the Brit is the mix and will “challenge every high tide mark left by” Schumacher.

“I’m in awe of his relentless achievements, and I have no doubt he is one of the UK’s greatest-ever sportsmen. Furthermore, there can be no realistic debate about ‘greatest racing drivers of all time’ without including Lewis,” he wrote in his latest Sky Sports F1 column.

“The physical and mental challenge over so many years is immense. Lewis has his own unique way of counterbalancing that with his personal life interests, as the millions who follow him on social media know well. He certainly had a team of A-listers in his corner in Austin, and whether you appreciate that or not, he’s more box-office than the rest of F1 put together.

“He’s ahead in other aspects such as pole positions, and frankly, it’s not out of the question he could easily have seven or eight titles already, with a touch more luck and a following wind in 2007 and 2016. Although 2008 did involve some good fortune in Brazil.

“I’ve often said I feel the optimum crossover between youth and experience in F1 is between 28 and 34 years old. Lewis is 35 in January and so I may have to revise that given drivers’ personal fitness and the safety and integrity of the cars and circuits now.”