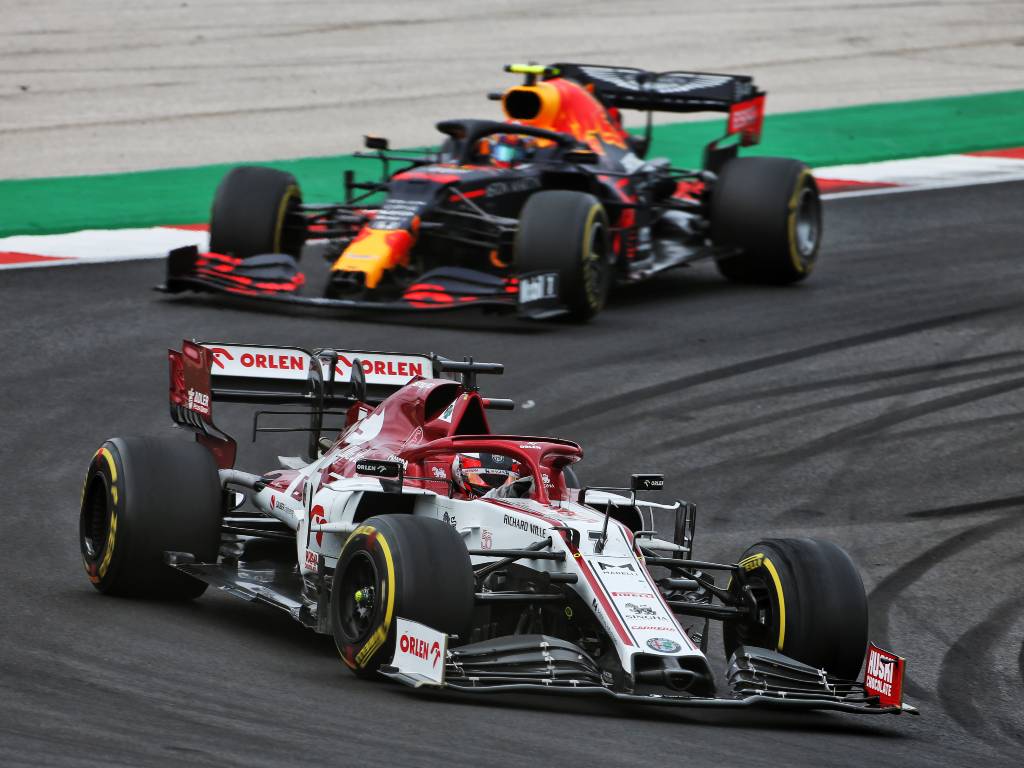 Kimi Raikkonen’s opening lap at the Portuguese Grand Prix was among the best of all time, according to Martin Brundle.

The veteran Finn showed all his experience and talent to move up from 16th position to sixth in his Alfa Romeo at the Algarve International Circuit, which was low on grip and made even more slippery by a very light rain shower.

Ultimately, Raikkonen’s flying start counted for nothing because he finished the race in 11th position and missed out on scoring World Championship points for what would have been only the second time this season.

Brundle drove in 158 Formula 1 races himself and has watched and commentated on hundreds more. He is not prone to hyperbole, so his assessment of Raikkonen’s first lap in Portimao is particularly striking.

In his regular post-race column on Sky F1, Brundle said: “Kimi Raikkonen, from 16th and the ‘dirty’ side of the grid, made up 10 places in what was surely one of the greatest opening laps in F1 history.

“A textbook study for budding racing drivers which will endure in perpetuity, the 41-year-old’s catlike reactions were truly impressive.”

Brundle also described how awkward it is becoming to conduct interviews with Valtteri Bottas after he has once more been put in his place by his Mercedes team-mate Lewis Hamilton.

It happened again in Portugal, with Bottas having been leading when he was passed on lap 20 by Hamilton with the Finn eventually finishing 25 seconds behind after both had been put on the same tyre strategy.

“If Hamilton wasn’t around he’d be a megastar,” said Brundle about Bottas, who admitted he had no answer to the pace of his colleague who broke Michael Schumacher’s record of F1 race wins by achieving his 92nd victory.

“Instead, he just has to take questions on basically what went wrong. I find it uncomfortable to interview him immediately after a race, looking in his eyes to see a mix of fading adrenalin and disappointment, trying to find the right words to tread a middle ground of celebrating another podium while he’s been trounced again by his team-mate.

“If you’re going to have to fight Hamilton then it might as well be in the equal fastest car, but if Lewis re-signs for multiple years then Valtteri will surely have to look elsewhere on the grid for his own self-esteem and motivation.”