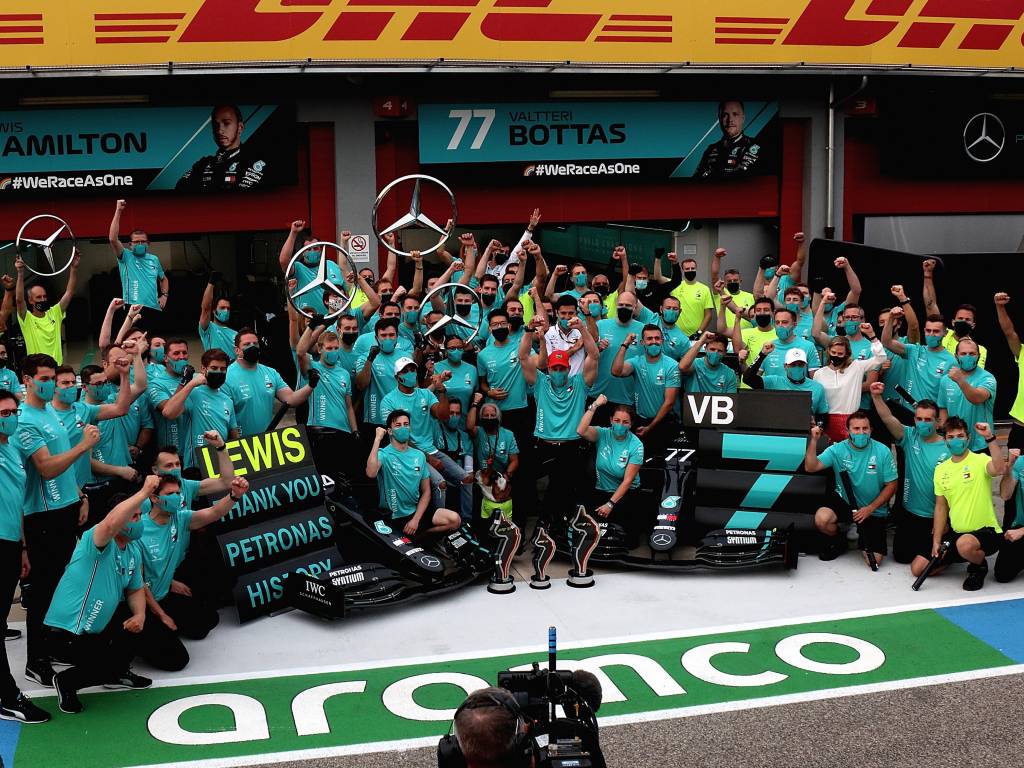 Martin Brundle believes Mercedes deserve to be considered as the greatest F1 team of all time after clinching a record seventh consecutive constructors’ World Championship title.

The ‘magnificent seven’ was achieved in typically dominant style at the Emilia Romagna Grand Prix, where Lewis Hamilton and Valtteri Bottas registered another one-two finish and secured the crown with four races of the 2020 season to spare.

Although other teams have enjoyed periods of ruling the roost in the past, none have had the longevity of the operation masterminded by Toto Wolff and his colleagues.

“Congratulations to the Mercedes team,” said co-commentator Brundle in his regular post-race column on the Sky F1 website.

“With more Championship victories very likely to follow, they are surely top contenders for the best team in the history of F1.

“Of course, Lotus, Williams, Ferrari, McLaren and Red Bull among others have dominated multiple seasons, but this current group form an unstoppable steamroller. They have a great budget but so do Ferrari, and others have sufficient resources to get the job done too.”

Brundle also thinks, however, that the sport’s regulations have given Mercedes a significant boost in remaining at the top for so long.

He added: “The hybrid era since 2014 (in my view F1’s greatest misjudgement because the cars have become too complex, heavy, quiet and insanely expensive) has played into their hands because they rocked up with a power unit leagues ahead of their key rivals.

“But for seven seasons they have nurtured and developed that head-start such that they have simply smashed the opposition in every metric.

“They are a calm, focused, mature and an extremely well-oiled and funded machine. They have all the bases covered.”

Brundle, who recently admitted his recent post-race interviews with Bottas have become uncomfortable due to how often the Finn has to play second fiddle to Hamilton, had more sympathy for the drivers’ title wannabe.

Bottas fell victim at Imola not only to a piece of debris that got stuck under his car and slowed him down, but also a strategy whereby Mercedes allowed Hamilton to perform the ‘overcut’ on him by staying out ahead in clean air and pumping in quick lap times after his team-mate had pitted.

“I do feel Lewis is given more latitude than Valtteri on such changes of plan,” said Brundle.

“But Lewis also has the tyre management and pace to generate the opportunity and make it stick.”