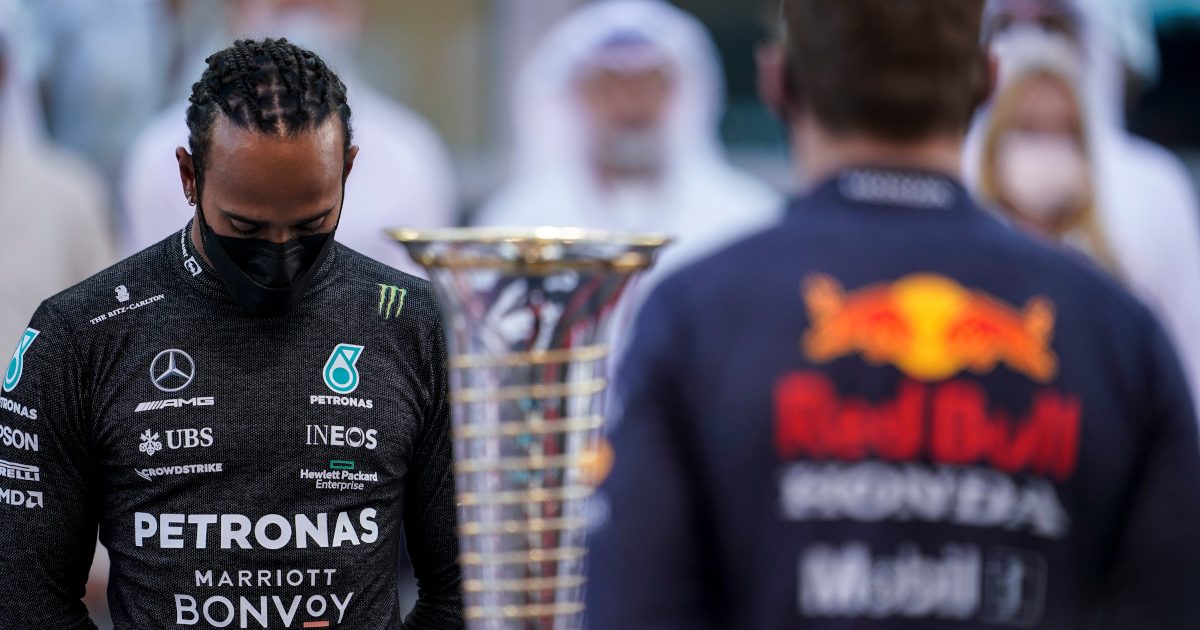 Martin Brundle has once again quashed talk of a conspiracy in the 2021 Abu Dhabi finale, saying there wasn’t time in the “chaos” to manipulate the race result.

After a thrilling season in which momentum swung back and forth between Max Verstappen and Lewis Hamilton in the title race it was all Hamilton at the season finale in Abu Dhabi.

At least it was until FIA race director Michael Masi got involved.

The Australian made a controversial call that a month on is still the hottest topic from the 2021 season as he gave the go-ahead to the cars between race leader Hamilton and Verstappen to unlap themselves.

But, in an unprecedented decision, he allowed only those cars to do so, leaving the backmarkers between Verstappen and third-placed Carlos Sainz where they were.

As such Verstappen was handed the perfect opportunity to attack Hamilton for the lead, the Red Bull driver doing so on the final lap to win the grand prix and a first-ever World title.

Such is the fall-out from the Yas Marina race that Formula 1 is not yet sure if Hamilton will line up on the 2022 grid while Masi’s job as race director is also said to be on the line.

Mercedes are furious with the Aussie, although the Brackley squad has denied reports that they struck a deal with the FIA that would result in his sacking.

But while former driver turned commentator Brundle concedes mistakes were made on the night, the Briton has been quick to once again quash any suggestion of a conspiracy against Hamilton and Mercedes.

“It was a great shame for Formula 1,” he told Sky Sports. “We had all eyes on us and then it was clumsy, it confused people, it upset the fans.

“If you start accusing people of fixing or manipulating events you need to have some very good evidence and or good lawyers around you. I don’t think it was.

“I don’t there was time in the chaos that was the last few laps of that race to sit down and think ‘who do I want to win this race’.

“I think it was an avalanche of information and requests and decision that were coming from Race Control and mistakes were made.

“We ended up with a hybrid fast-track version of the regulation with a clock of it of we kind of agreed we don’t want races to finish under the Safety Car or the red flag.

And of course that’s wrong and mistakes were made on the evening.

“How do you then unravel that because Red Bull of course didn’t do anything wrong nor did Ferrari in third place with Carlos Sainz for example.

“That’s the problem, but I do not believe knowing the people that there was malice from Race Control.”