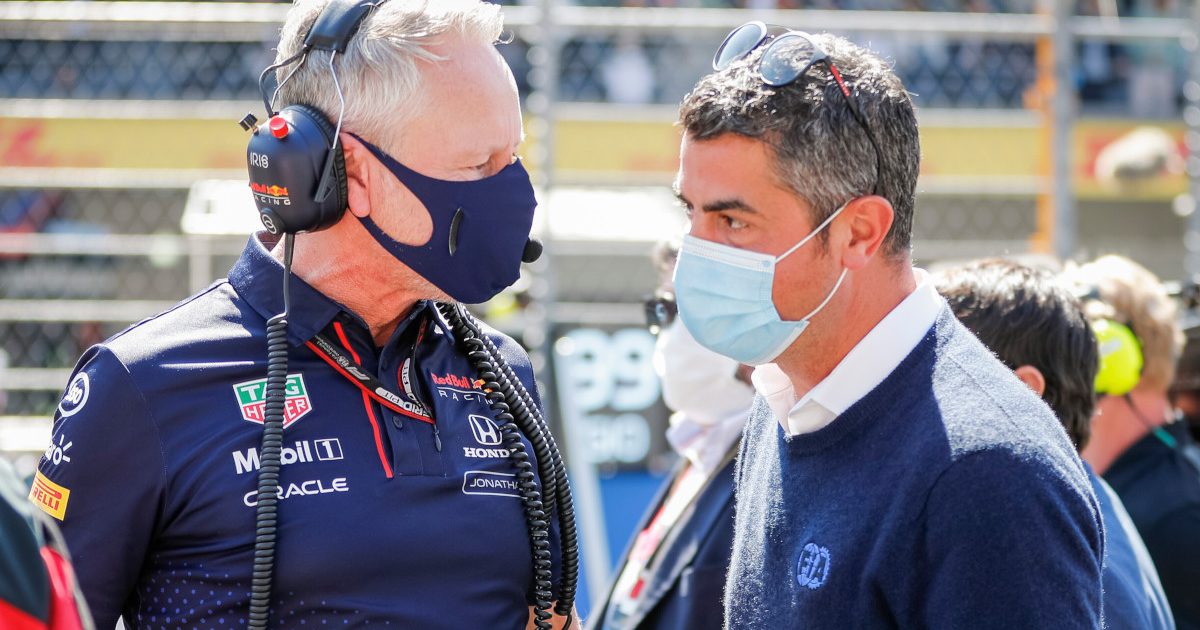 Racing for the World title in a winner-takes-all grand prix, Verstappen was trailing Lewis Hamilton by more than 10 seconds when the Safety Car came out for Nicholas Latifi’s crashed Williams.

That led to both Red Bull and Mercedes pressing the Race Control button as they urged FIA race director Masi to put in a play a situation that would benefit their driver.

Masi went the Red Bull route, Verstappen winning the race and the title.

Later, after Toto Wolff complained that Masi’s call to only let the unlapped cars between Hamilton and Verstappen move out of the way was “not right”, Masi replied: “Toto, it’s called a motor race, OK?”

The FIA have stated that they are “aware of this and it is part of the investigation.”

Former F1 driver turned pundit Brundle says it makes for “really uncomfortable” listening, and says F1 “cannot” have a situation where the teams can influence the race director.

This is shocking. New emerging footage of @F1 Abu Dhabi GP containing previously unheard radio. Masi essentially executed the instructions of Jonathan Wheatley (Red Bull) without any second thought over its legality or fairness. This should be sickening listening to any fan. pic.twitter.com/XkOWmjGhH0

“It’s not new news, and also I think you have to understand that it’s not necessarily telling Michael Masi something he didn’t already know,” he told Sky F1.

“Let’s not assume it’s giving Masi information he didn’t already know in terms of what he could and couldn’t do in terms of the lapped pack.

“Of course it’s really uncomfortable, and a lot of people are unhappy: Hamilton fans, Mercedes fans.

“And you don’t even have to be a Lewis Hamilton fan to think that forever he should be an eight-time World Champion, because, for me, the really crucial regulation that wasn’t carried out was that the safety car should have come in at the end of the following lap.

“But we also know that unwritten rules and meetings, which shouldn’t supersede anything, were: let’s try not to have a race finish behind the Safety Car.

“Hugely unacceptable. I met so many fans that were new to Formula 1 last year particularly, and fans in general, that were hugely upset by what happened.

“We cannot – and we know it’s going to change – have teams getting at the referee while he’s trying to make critical decisions with cars on the track and marshals and breakdown vehicles.

“The car was on fire at certain times. He’s trying to manage that and he’s getting lobbied left, right and centre.

“You can imagine that on the football ground or rugby ground is completely unacceptable. And that will change.

“It’s not pretty for Formula 1 at all, but I don’t think this audio today changes the really uncomfortable narrative of what happened.”

The FIA will release the findings of their investigation on the Friday of the Bahrain Grand Prix.

F1 managing director Ross Brawn has already made it clear that as of this season the teams will not be allowed to contact the race director.