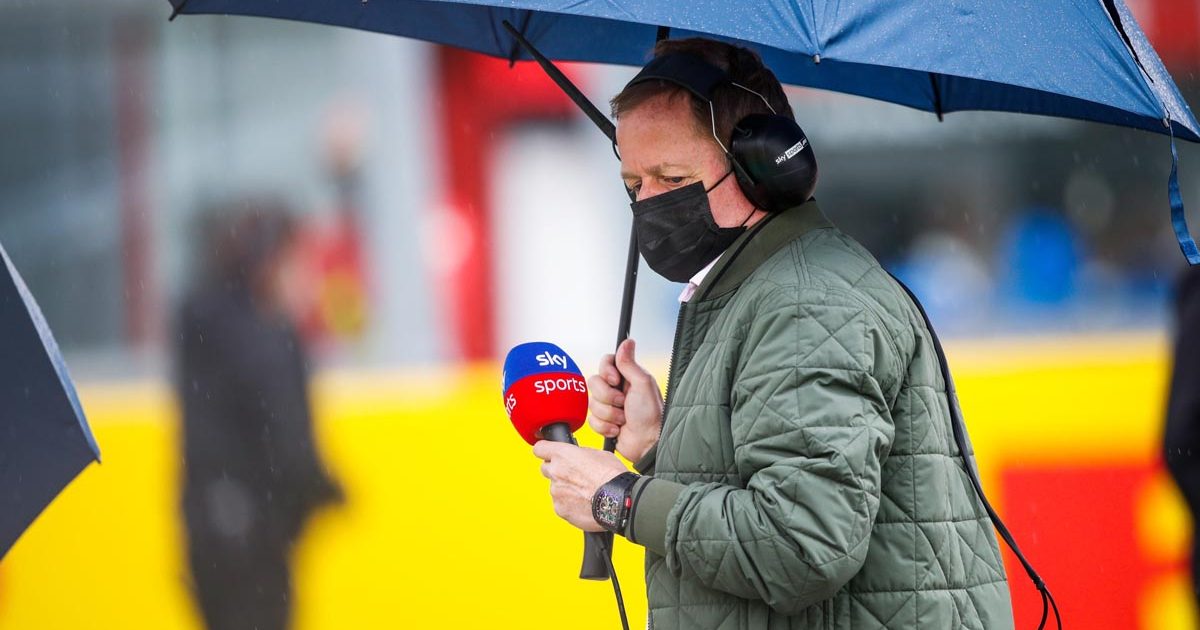 The Sky Sports commentator’s own opinion is that it was a racing incident caused by Hamilton deciding he would no longer give way to Verstappen’s “aggression”.

After occasions at Imola, Barcelona and even in Silverstone sprint qualifying when the two title rivals came close to an incident this season, it finally happened on the opening lap of the latest race.

After dicing for several corners, Hamilton challenged up the inside at Copse, the cars clipped wheels and Verstappen’s Red Bull spun off into the barrier at high speed with a 51G impact.

While the Dutchman was taken to hospital to be checked over, Hamilton went on to win the race and slash his Drivers’ World Championship deficit to just eight points, while Mercedes now trail Red Bull by only four in the Constructors’.

The stewards decided Hamilton was predominantly at fault and gave him a 10-second penalty, which he overcame to secure an eighth British Grand Prix victory.

But while he does not agree with this point of view himself, Brundle understands the rationale of certain members of the Red Bull camp who have called for harsher action against Hamilton, in their belief that he had deliberately taken out Verstappen.

🗣 "We come away with a slim lead in both Championships and you can be sure that once we have had time to reflect on today, all this weekend will do is add fire to our Championship fight." Christian on the #BritishGP 🇬🇧 pic.twitter.com/FMGVV95TFt

“I can see Red Bull’s point of view,” said Brundle during a video interview with Sky Sports. “They’re looking at it through the filter of a bruised superstar in the wall at 51G, a wrecked car in these cost-capped times that will take a big chunk out of their spending power.

“They will probably take engine penalties down the road somewhere because surely bits and pieces on the motor were smashed up as well, where they might take some grid penalties, and both of their World Championship leads, Drivers’ and Constructors’, eroded all in three or four seconds.

“So they feel it was a professional foul, they feel Hamilton did that on purpose, which I don’t subscribe to. I think Lewis just decided he was going to stop yielding to Max’s aggression.”

Brundle thinks that with Hamilton’s prospects of a record-breaking eighth title having looked to be fading before Silverstone, he decided he needed to reassert himself against his younger rival – describing them as “two bulls in one field”.

“I think Max made a couple of decisions – one conscious, one sub-conscious – in that he had closed Hamilton off, right up against the pit wall. I think he thought Lewis would back out of that.

“Lewis has backed out of quite a lot of things this year so far and I think Max thought he would do exactly the same again. Lewis didn’t back off and I think Lewis had made the decision that he’s done that too much this year.”