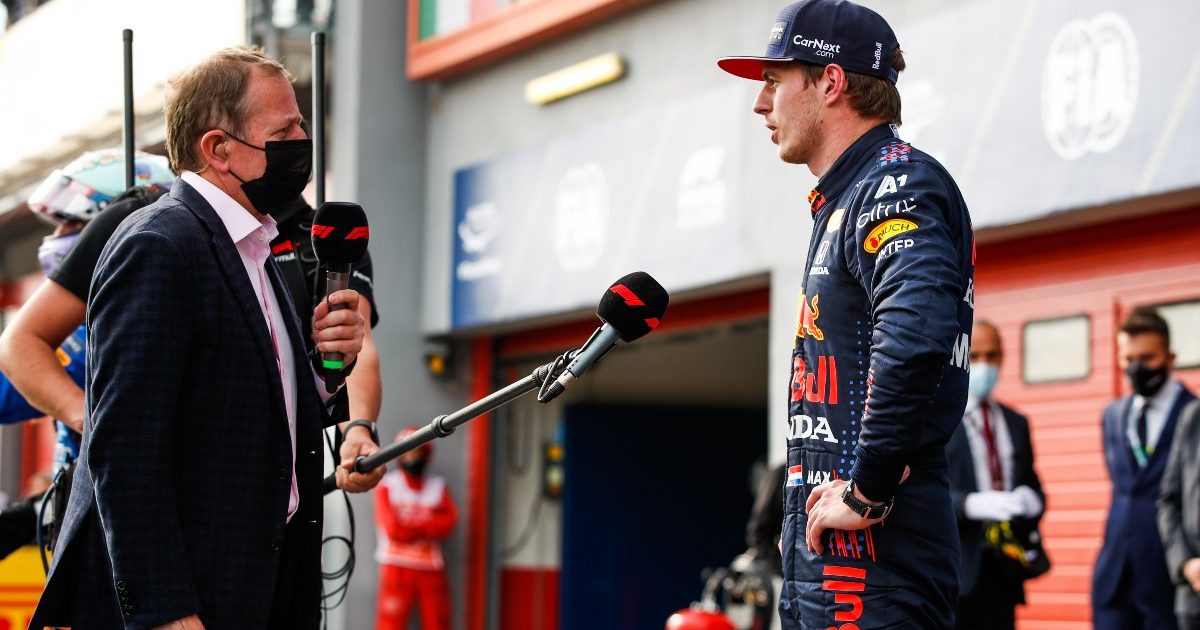 It is far from a rare sight to watch drivers check out rival cars in the paddock, and inspector Seb [Sebastian Vettel] has for years been hands-on with his assessments, though at the Sao Paulo Grand Prix Verstappen took it too far for the FIA’s liking.

After qualifying the Dutchman was seen touching the rear wing of the Mercedes W12, a simple case of a driver being inquisitive said Red Bull team boss Christian Horner.

Subsequently though the FIA determined the DRS on Hamilton’s challenger to be illegal for exceeding the maximum gap of 85 millimeters.

The FIA were satisfied that something had gone wrong with the wing, rather than any illegal activity from Mercedes, but Verstappen was cleared of any involvement in it.

That being said, a precedent was set for any future scouting missions from the drivers in parc ferme when Verstappen was fined 50,000 Euros.

And so explaining how parc ferme has appeared almost unregulated for quite some time, Brundle now wants to see the rules firmed up with clear and tough restrictions.

“We have seen drivers touch other cars, tyres, people measuring them,” said Brundle via Sky F1.

“What we do see is drivers being hauled up in the air by their teams which absolutely shouldn’t happen, you shouldn’t go anywhere near a driver in parc fermé.

“It’s very easy to slip a couple of kilos – they don’t have pockets in their overalls usually, but in whatever.

“So quite clearly the rules have been ignored a little bit in parc fermé it must be said in recent years, but quite what you would then do about it because the sporting code makes it very clear you’re not allowed to touch.

“Nobody should touch the cars. In parc fermé, the cars are sealed off. We want to measure these and weigh these before we go any further. They’ll have to tighten up on that.”

The Sao Paulo Grand Prix would ultimately deliver on-track as well as off it, with Hamilton coming from P10 on the grid to take the lead from Verstappen, going on to secure a memorable victory from there.

With three races left to run, Hamilton now trails Verstappen by only 14 points in the Drivers’ Championship.