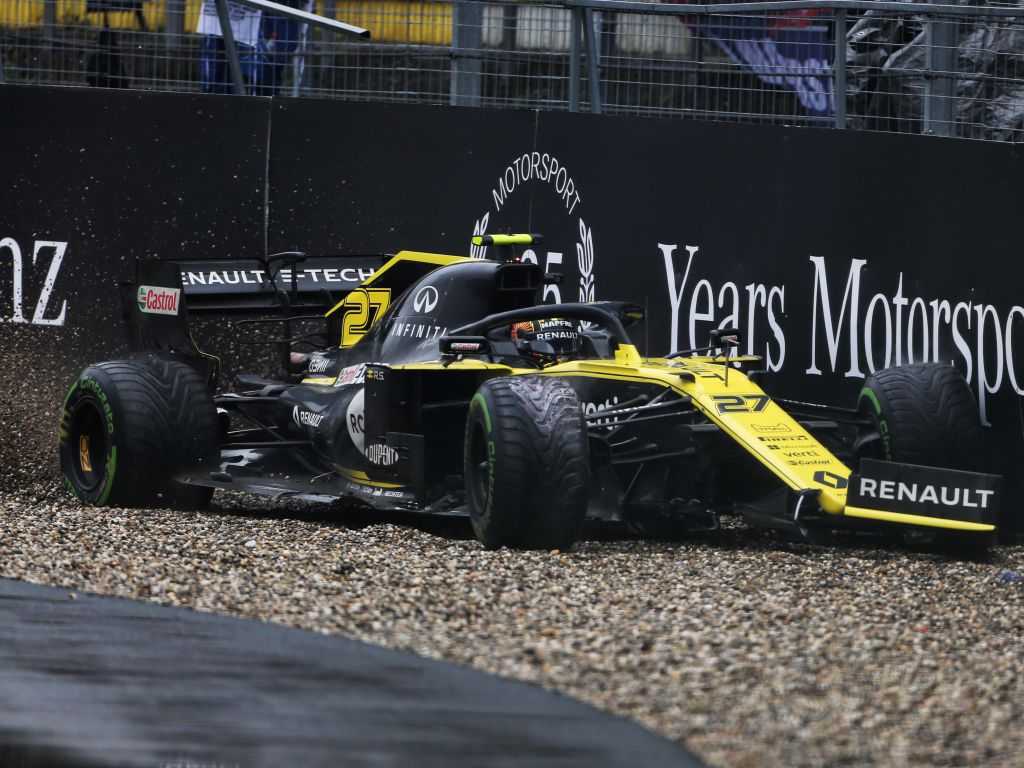 This caused chaos and excitement, although not all the drivers were happy with it.

There were many slips and slides with Charles Leclerc and Nico Hulkenberg both sliding off the track and into the barriers.

Leclerc described the slippery tarmac as “unacceptable” while Hulkenberg said it was “insanse”.

But while Masi initially dismissed their concerns, saying it was “fine”, the FIA race director has changed his tune.

“Nico and I had a discussion, and it was a very productive discussion, but it was a one-on-one chat for a reason,” he recently told F1i.com.

“Having spoken to Nico, and I will keep the contents of that discussion between the two of us, it is something that we would consider at the time if we were to go back to Hockenheim.

“We would have a look and see if there are other things we can do.

“It is one of those that is like a kerb, to a degree in some areas, you stay off it, but when it is wet as well I understand.

“That is probably the simplest form at that point.”

Masi touched on F1’s balancing act as the sport tries to find a happy medium with concerns that drivers don’t pay a heavy enough penalty for going off the track.

“It is where we are at the moment, and we will continue to evolve as best as we can.”