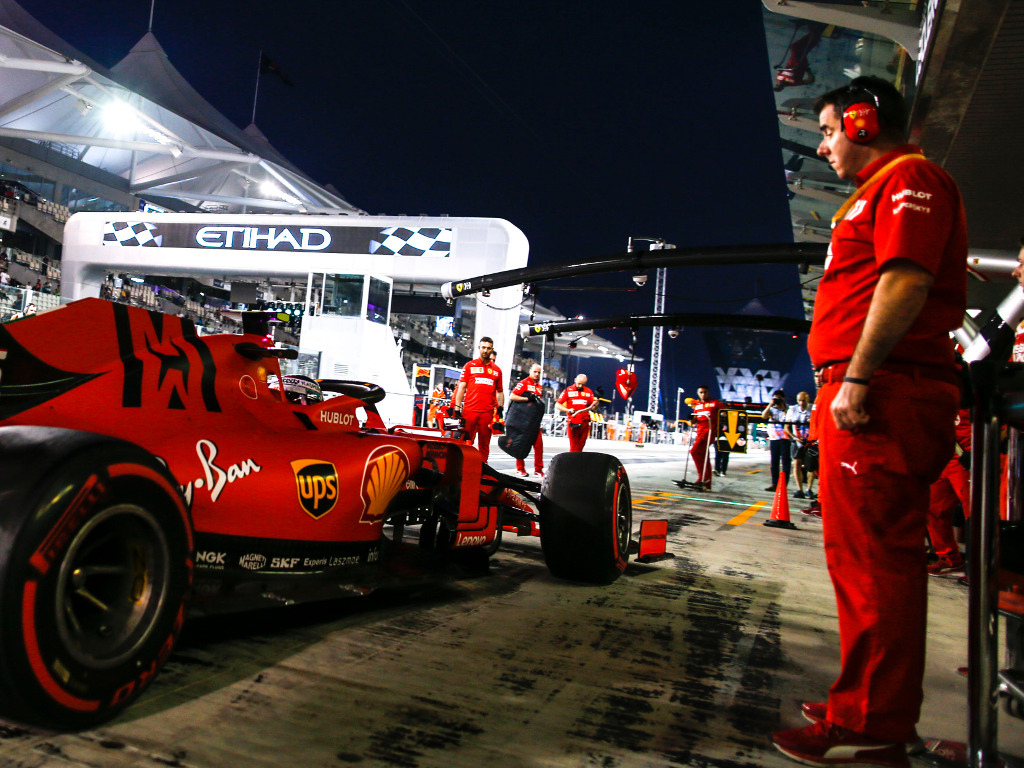 Michael Masi says the stewards opted to delay Charles Leclerc’s fuel investigation until after the race because there “was insufficient time” prior to the start to make a ruling.

The FIA announced that Leclerc was under investigation in Abu Dhabi minutes before the pit lane light went green and the drivers could begin their reconnaissance laps.

It related to the amount of fuel in Leclerc’s SFP90 with Ferrari declaring 4.88kg less than what was actually in the car.

The stewards delayed the investigation until after the grand prix.

“We have a judicial process to go through that is quite robust, there so the team can be given the opportunity to present its case,” Masi, F1 race director, told Racer.

“With the report that comes out, from what I understand, it is quite an intensive process that is undertaken to actually do the check that was done and it was submitted at the earliest opportunity.

“Five minutes before pit exit opening or thereabouts there was insufficient time to summon people, listen to them all and hear the case correctly.”

The declaration of fuel weights was made compulsory at the start of this year through an FIA Technical Directive.

“All the fuel is done on weight,” he said. “It’s a random check.

“The car is weighed, then the fuel is pumped out and (the car) weighed again to compare the difference between the two and see what has been declared in fuel. If there is a difference then they have mis-declared for whatever reason.”