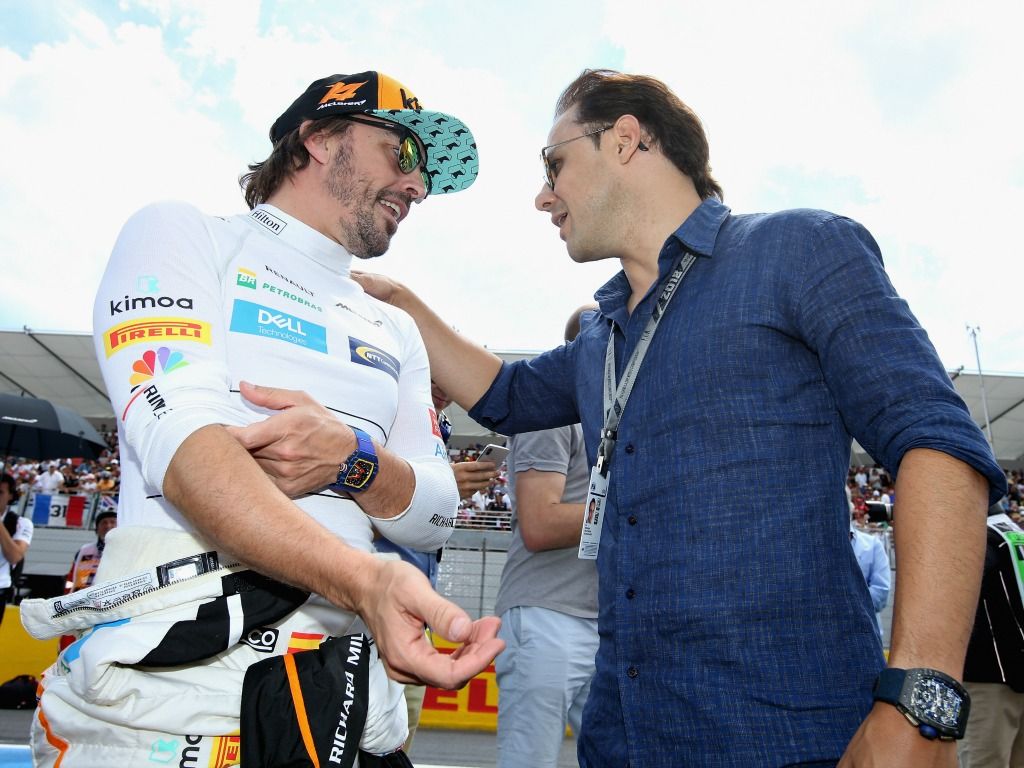 The Spaniard will leave Formula 1 at the end of the season after almost two decades in the sport.

Despite having ruled out the all-electric series for now, his former team-mate believes that he might reconsider.

“He was thinking about Indycar, but now I think Formula E may have a better chance of getting him,” Massa told AS Newspaper.

“The Indy 500 is one thing, but for the championship I think Fernando may look at Formula E.

“It may be in a year, but I would not be surprised if it was earlier.”

Talking of Championships, Alonso is already contracted to Toyota for the rest of the 2018/19 WEC super season.

However, that only has four more race weekends across the next eight months, including a four month gap over winter, much like F1.

Massa, who left F1 at the end of the 2017 and joined Formula E himself, said he is comfortable having left Williams at the end of last season.

“It was the right time for me,” the Brazilian said.

“Not because I was not competitive, but if I had stayed this year, finishing last as Williams is, I may have said ‘hasta luego’ (see you later) after four races.”

Alonso may join his former Ferrari partner in Formula E sooner rather than later.

According to La Gazzetta dello Sport, FE boss Alejandro Agag has offered the two-time F1 World Champion €10million to race in the 2018-2019 season.

“He wants to win Le Mans and Indy but then he will be missing Formula E,” Agag said.

“It would be a privilege to have him.”

Alonso’s current team-mate, Stoffel Vandoorne, has already announced that he will be moving to Formula E for the 2018/19 season.

The Belgian will team up with Gary Paffett at the HWA Racelab team, and could he just influence Alonso into joining him..?