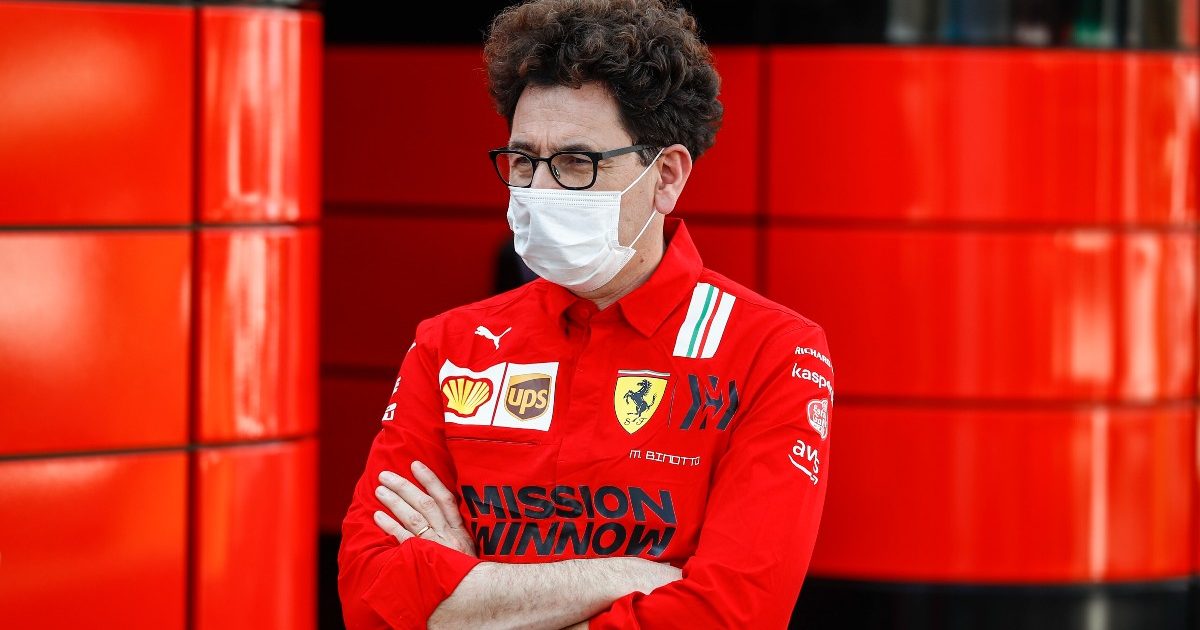 Ferrari boss Mattia Binotto says he is surprised at the variation in design between teams for their 2022 cars and that it is great for F1.

The 2022 regulation changes allowed teams to get creative as each tried to find the winning formula for success having had little to base it on.

As teams began unveiling their cars last month, it was clear no two looked identical and it is set to make the upcoming season one of the most unpredictable.

Even after the first round of testing in Barcelona, no one is entirely sure who will be leading come the first race in Bahrain and Ferrari team principal Mattia Binotto says that it is great for the sport.

“Overall, on the pace, it is very early to judge but I can see that we are all very close which was one of the objectives of the new regulations,” he said as reported by GPFans.

“It is quite impressive to see that we are so close straight from the start.

“And if you look at the cars they are so different, which I think no one was expecting, so many differences between the design and shapes which is great for F1.

We can't wait to tackle this season with you by our side, #Tifosi ❤️
#essereFerrari 🔴 pic.twitter.com/9tcd3s90qj

“But again, when you look at the lap times, certainly there will be differences but it was not as huge as the difference in design.”

That unpredictability was also commented on by Ferrari driver Carlos Sainz who said it reminded him of the sport’s beauty.

“We know the work that has been done in a year and a half, there have been things that I have liked and things that I have not. It is what we come to the tests for, to discover things about our car and not stop to think about what the others are doing,” Sainz told AS.

“Everyone has surprised me, because of how different we are from each other when the engineers talked about such restricted regulations.

“It makes you think and it reminds you that F1 is beautiful, I like to see those differences and the imagination of each group of engineers, even if we all reach a similar level later.”

Ferrari are aiming to return to the front of the grid and Binotto believes the team is more “united.”

“There have been difficult moments for us, certainly 2020 but as well 2021 and when you are in such a difficult situation, remaining united, trying to work hard and do your best is never easy,” added Binotto.

“And when I look at the car itself I think at first it is beautiful. Maybe not as fast now but certainly beautiful.

“It is really a great pride because I am proud of the team itself and that, for me, it is really a pleasure to work with all of them. It is the way we are working which is our vision.”