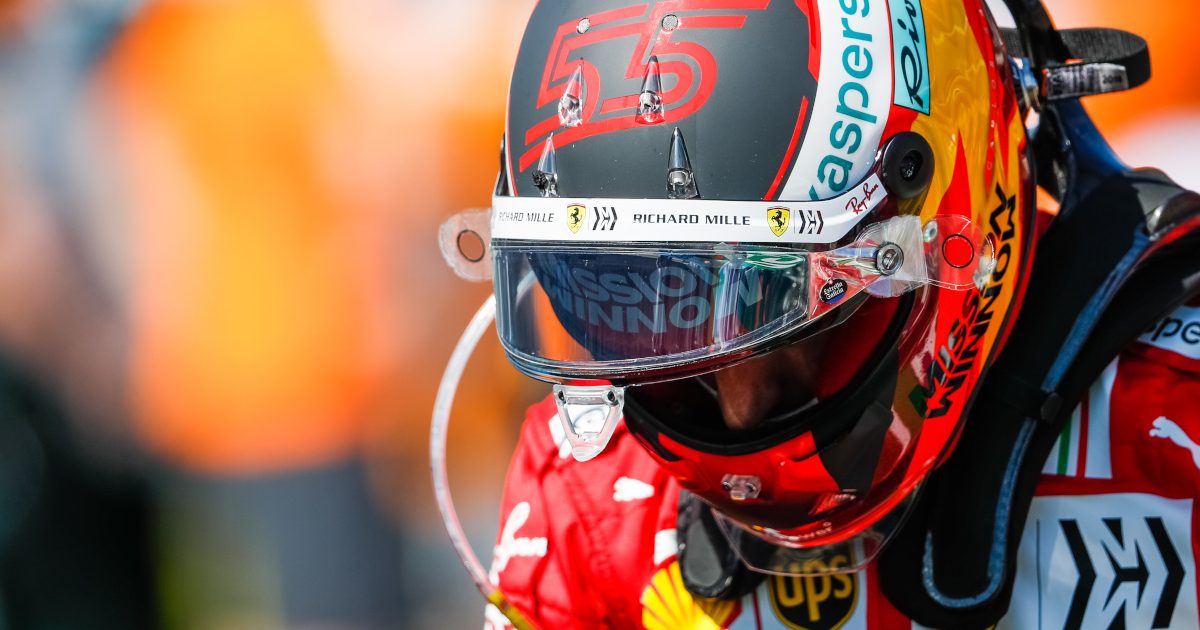 Not for the first time this season, a slow pit stop has cost Ferrari points as Mattia Binotto admitted it has been their “Achilles’ heel”.

Starting in front of Daniel Ricciardo at the United States Grand Prix, Carlos Sainz was unable to keep the McLaren driver behind him for very long.

Trailing the McLaren, Ferrari opted for the undercut to give Sainz the edge only to put in a 5.6s pit stop and lose the advantage they should have gained.

Ricciardo raced his way to fifth place with Sainz P7, unable to use the Aussie as a buffer against Valtteri Bottas late in the race.

“Carlos drove really well, but it’s a shame about his pit stop because it was a crucial moment,” Binotto told Sky Italia.

“We tried the undercut to jump ahead of Ricciardo, consolidating the position, instead once again we had a problem with the pit stop.

“It’s our Achilles’ heel this year, we have to use this year to try to improve in every area. We know every detail matters, the pit stop today costs us potentially two positions on track.

“So it’s too bad about Carlos because seeing Charles [Leclerc], he finished 25 seconds ahead of Ricciardo, half a second per lap of extra speed.

“Carlos too had this extra potential practically, but we haven’t been able to exploit it.”

🇺🇸Frustrating race. After an eventful start, we went for a straightforward undercut on RIC for P5 today, but unfortunately we had a slow stop. After that, I damaged the tyres trying to pass and BOT caught us at the end. Good feeling with the car though.

With Charles Leclerc at least beating Ricciardo and Sainz finishing ahead of Lando Norris, Ferrari did reduce their deficit to McLaren to 3.5 points.

Binotto hopes they can take another chunk out of McLaren’s lead in the battle for best of the rest at the next race, the Mexican Grand Prix.

“For sure every race can have some pitfalls, but it’s true in this one we didn’t think to be the favourites at least with McLaren,” said the Italian.

“Instead we come out of it having gained four points on them if I’m not wrong. So this is a good result, also with Charles that finished 25 seconds ahead of Ricciardo as I said before.

“This bodes well for the next two races, the next one is Mexico. In Mexico we think we can be competitive at least compared to McLaren, we focus on that and then we’ll see.”

As for Sainz, he was disappointed at finishing behind Ricciardo as that meant Ferrari lost points to one of the McLarens.

“To maximise our potential here we should have put both the McLarens behind us, but we didn’t manage to do it,” he said. “I’m sorry for that.

“We have to look at what happened to improve ourselves and to try to maximise what we can achieve throughout the weekends.”