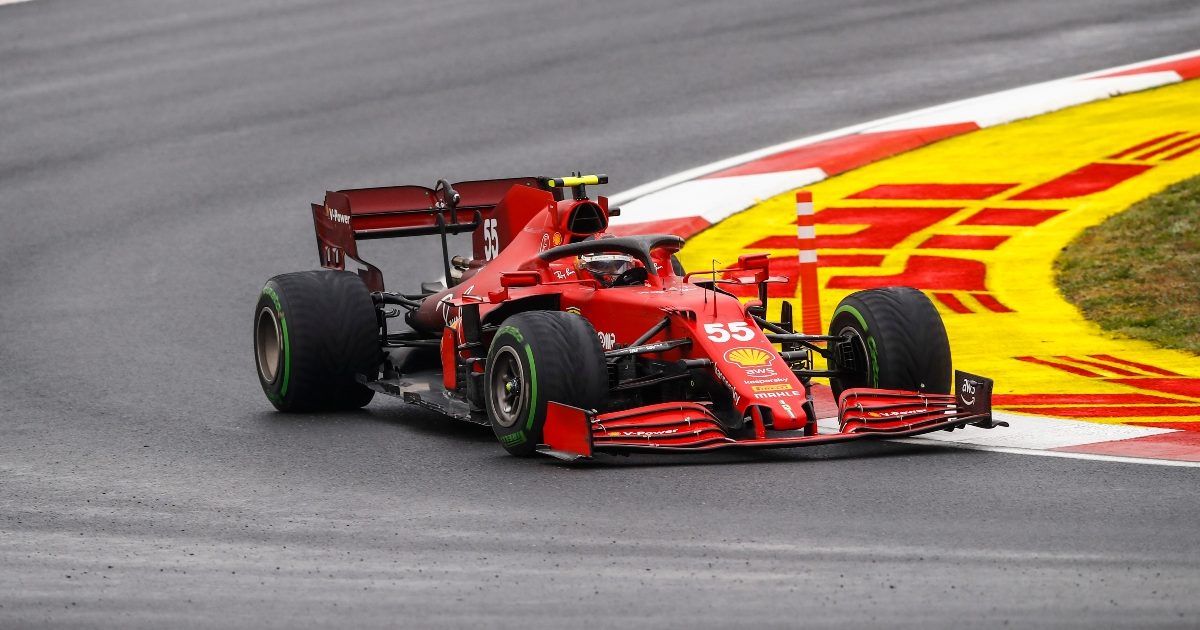 Mattia Binotto has explained that a traffic light issue was the reason for Carlos Sainz’s slow pit-stop at the Turkish Grand Prix.

The Spaniard enjoyed an excellent race at Istanbul Park, being named Driver of the Day after fighting his way up from the back of the field to finish in P8.

However, things could have been even better for him, with a slow pit-stop, in which he was stationary for eight seconds, costing him a lot of time and a potential top-six finish.

All four of the Ferrari’s tyres were replaced in good time, but he then wasn’t released immediately after that, having to sit and wait.

Binotto says that this is due to an error with the traffic light system that tells the driver when he can leave the pit-box.

“The pit-stop finished in a normal time,” the Ferrari team principal told as.com.

“But the manual traffic light signalling that the manoeuvre was completed was not received in the system. What went wrong is that manual signal, which we will have to analyse in detail.

“It’s a pity because the pit-stop was completed.”

🇹🇷What a race! I enjoyed out there and manage to pull off some good overtakes. Pity we had a problem at the stop because the last 10 laps we were one of the fastest. Anyways, it happens. Lots of positives. Austin now!

With Sainz crossing the line just seven seconds behind Pierre Gasly and four behind Lando Norris, he could well have scored even more points if not for the slow stop.

Indeed, he admits that there is a feeling of “what if” given he also lost time stuck behind Esteban Ocon after rejoining the track.

Despite that though, he still sees it as a positive race on the whole and doesn’t want to dwell on the negatives.

“It’s not a day for regrets, it was very positive,” he said.

“I managed to run in the middle of the pack with very good pace and several overtakes, I minimised the damage from the engine penalty, which was the aim, and I had a lot of fun during the race, especially in the first stint when you could overtake before there was a dry lane.

“So I can’t be disappointed. There’s always the ‘what if’ feeling, especially with a slow pit-stop that cost us a lot of time, because then I was stuck behind Ocon for seven laps.

“It’s a day to be happy rather than disappointed.”