Home News Binotto reiterates P3 not the priority for Ferrari 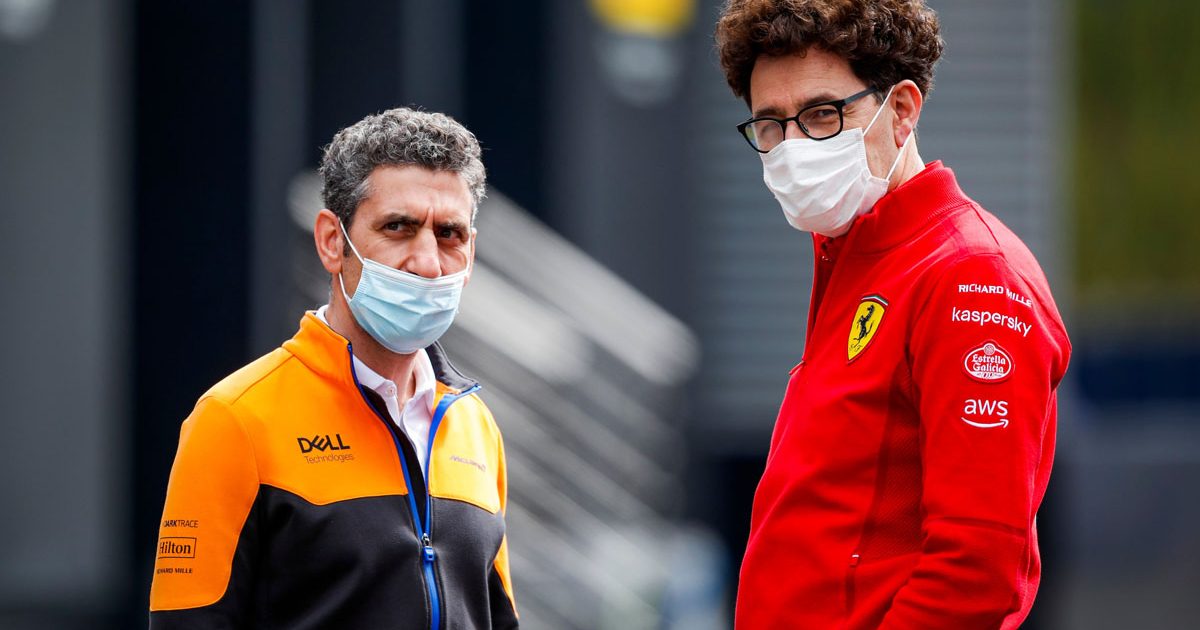 Ferrari team principal Mattia Binotto has said they are placing their efforts into improving as a unit, rather than prioritising the battle for P3 in the Constructors’ Championship against McLaren.

The Scuderia lost a bit of ground on their nearest competitors after the double-header in Austria and, despite improving on their grid positions in the race, Ferrari still found themselves lacking compared to Lando Norris in particular around the Red Bull Ring – to the point where Carlos Sainz said it would have been almost “impossible” to beat his former team-mate in the race.

But Binotto reiterated the team have their car development solely focused on 2022, and the main plan for the Scuderia for the remainder of the season is to gel together and be in the best shape possible for the new generation of cars.

“The car is the same as it was in Bahrain,” Binotto told Corriere dello Sport. “Third place is not the priority objective: the most important thing is to grow and improve as a team.

“We are focused on next season, we are paying for a power gap on the straights compared to McLaren but there are circuits where our performance has been superior. We knew that Austria was favourable to them, in the end in two races we only lost three points.”

With the current car being frozen for the remainder of the season, Binotto did not write off Ferrari’s chances of success in the rest of the year, though.

The SF21’s performance levels have fluctuated race by race, so the team principal remains confident that the team will be able to fight closer to the front at certain races this year.

“We’re focused on next year, we know the weaknesses,” Binotto later told Sky Italia. “We know on the straights we’re still paying against our competitors, we pay for sure against McLaren, also on their engine.

“But I think we can do a good season, also against them. There were tracks where, Monaco for example, Baku, where our performance was superior to theirs. It will depend on the tracks.

“There will be other races that will be more favourable to us, others to them. Then I said that more than once, I repeat it, our ultimate goal is not the third place, our ultimate goal this year is to continue to improve, looking at ourselves, there are many things to do. And then we’ll do the sums at the end.”