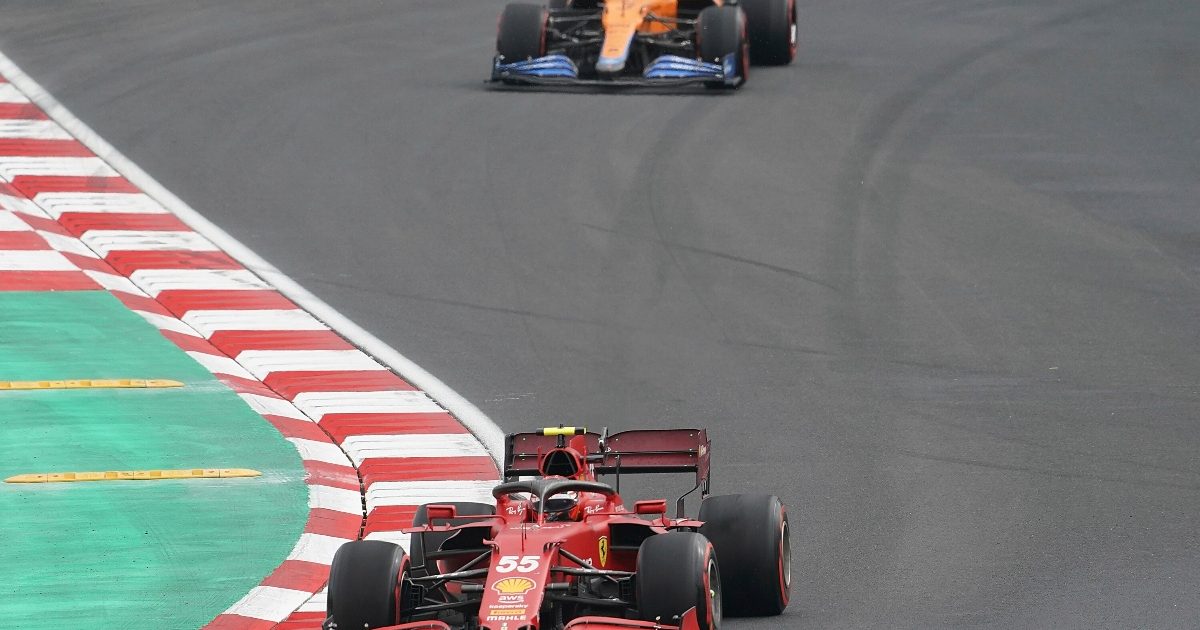 Mattia Binotto believes the finger should not be pointed at Daniel Ricciardo as a weak link in the Ferrari-McLaren battle for P3.

Although the Constructors’ Championship fight itself is exciting enough with only one point separating Mercedes and Red Bull, the bronze medal chase offers plenty of interest too.

Recently, since an engine upgrade, Ferrari have moved ahead by 13.5 points – and there was a great example of their drivers working in tandem for the team at the Mexican Grand Prix.

The move did not pay off, with Pierre Gasly ultimately maintaining fourth place, but Charles Leclerc let Carlos Sainz through to have a crack at challenging the AlphaTauri as the Ferrari duo came home fourth and fifth, eventually swapping back their positions.

Leclerc and Sainz have 138 and 130.5 points respectively, but the McLaren totals are rather more lop-sided with Lando Norris on 150 and Ricciardo some way behind with 105 – his tally owing plenty to his surprise Italian Grand Prix victory.

In Mexico, Ricciardo had another race to forget as he tagged Valtteri Bottas at the exit of the first corner, had to make an immediate pit-stop and was never a factor thereafter, finishing 12th.

The Australian has had a mainly disappointing first season with McLaren, where ironically he replaced Sainz – although his recent performances have generally been somewhat improved – yet Ferrari team principal Binotto thinks blaming him for his team falling behind the Scuderia would be “wrong”.

“No doubt having two good drivers is important for the Constructors’ classification,” said Binotto, quoted by Motorsport Week.

“I think if you look at the number of points Carlos is bringing, it’s a factor [in being ahead of McLaren] so it’s very important.

“So certainly he’s doing very well, certainly that has been important.

“I don’t think it’s only that because we have been unlucky through this season in some circumstances – Monaco, Hungary – so we could even be a lot more ahead.

“So I would not blame Ricciardo in that battle, I think that would be wrong.”

Binotto added that he believes the engine upgrade Ferrari recently introduced is helping their pace.

“If I look at the last races, at least we have been always ahead of them [McLaren], half a second maybe [in] Mexico, and [it] has been the case in the previous one,” Binotto added.

“So I think at the moment, since we introduced the new power unit, we somehow think we have some little advantage in performance which is very useful at this stage of the season.”