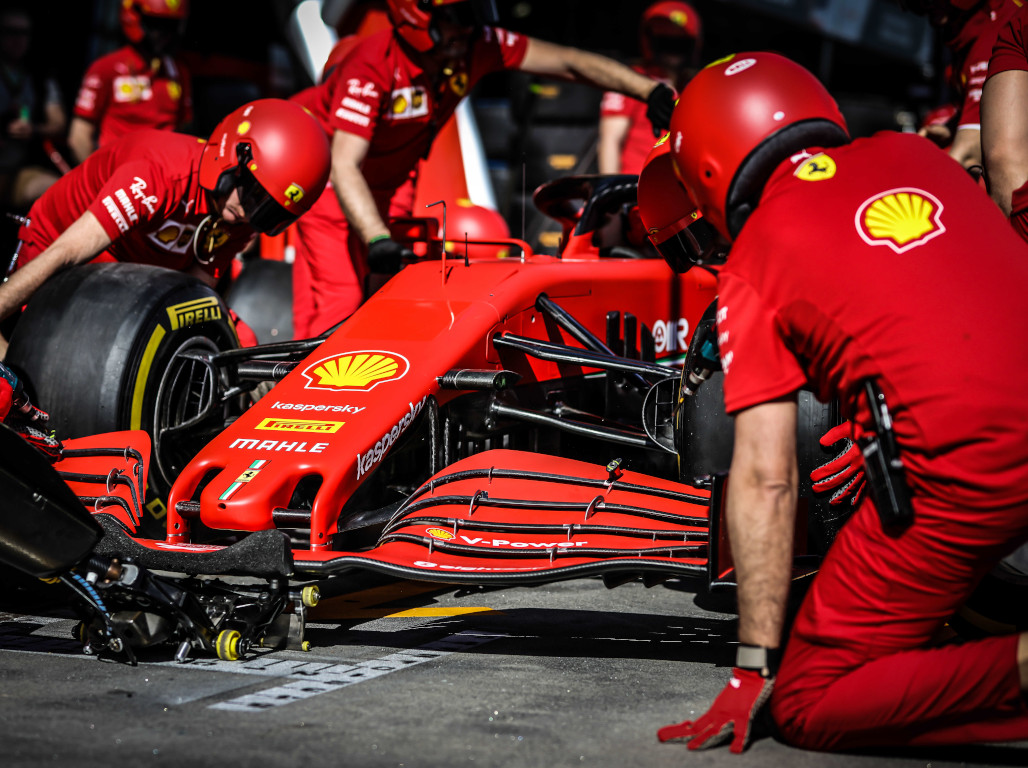 Although continuing with the 2020 cars into 2021 may not be good for Ferrari’s chances of success, Mattia Binotto says it was the “responsible” call to make.

Earlier this month Formula 1 announced that the 2021 rule changes had been put on hold for a season with the teams all agreeing to race this year’s chassis next year.

The decision was made in light of the financial hit the teams are taking with the first eight races of this season either cancelled or postponed.

‘Due to the currently volatile financial situation this has created, it has been agreed that teams will use their 2020 chassis for 2021, with the potential freezing of further components to be discussed in due course,’ read the FIA statement.

‘The introduction and implementation of the financial regulations will go ahead as planned in 2021, and discussions remain ongoing between the FIA, Formula 1 and all teams regarding further ways to make significant cost savings.’

The decision could yet cost the Scuderia out on track with Ferrari adamant its 2020 car is not up to par with the likes of the Mercedes nor Red Bull.

Ferrari failed to shine in pre-season testing with both Sebastian Vettel and Charles Leclerc playing down their chances of early success.

Binotto, however, says it was the right decision.

The team boss told Sky Italia: “Considering the current baseline and the feedback from the tests, we don’t think we have an advantage with this choice.

“It wasn’t an easy decision, but it had to be made.

“It is a special moment, and it was important to give a responsible signal for the future.”

But while the March 19th statement read that the teams will ‘use their 2020 chassis for 2021’, it added that the ‘potential freezing of further components to be discussed in due course’.

Ferrari boss Binotto says the teams and Liberty Media have yet to agree on what will be frozen and what development will be permitted.

“The regulations [for 2021] remain the same, but there will still be room for aerodynamic development,” he added.

“We have yet to define that in detail.

“But we aim to maintain the DNA of Formula 1, which remains competition and comparison.”