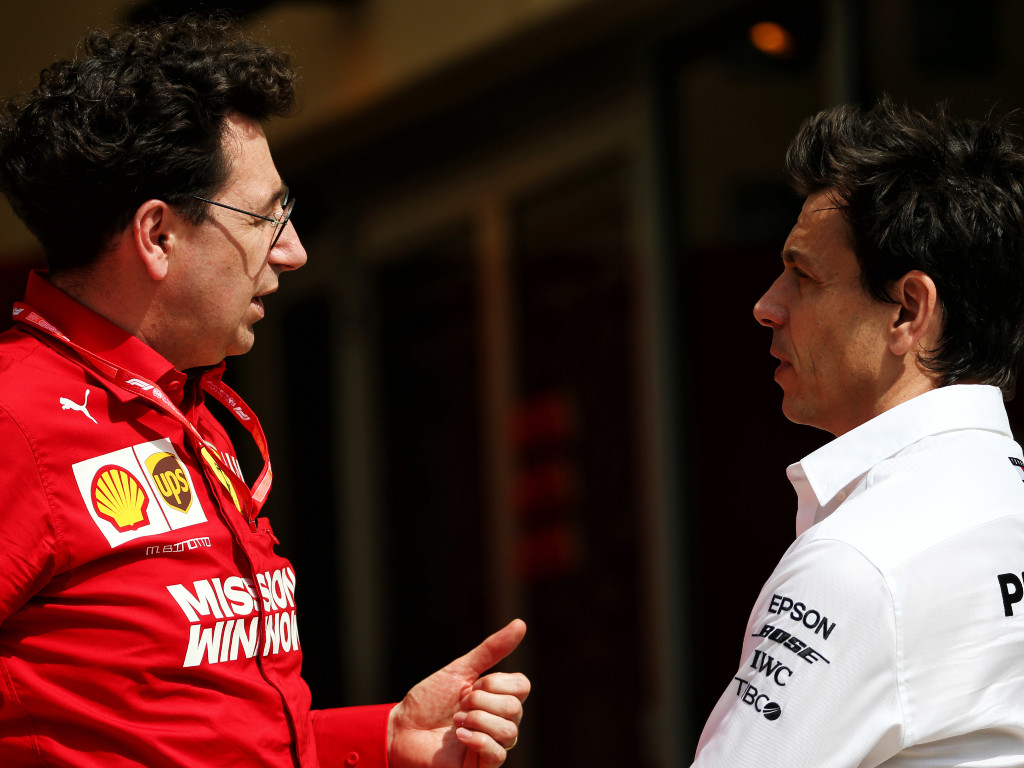 Ferrari team principal Mattia Binotto says there is no “hatred” from his side towards Mercedes boss Toto Wolff.

The pair have certainly had their fair share of run-ins over the past couple of years, particularly last season relating to the Ferrari engine saga and then in 2020 when Wolff pointed the finger at “certain team members” who had contributed to Ferrari plummeting from a race winner to a lower midfield team.

But while the rivalry is absolutely there and a determination to beat Wolff who leads the Mercedes team who have dominated the turbo-hybrid era, there is no “hatred”.

“Do we ‘hate’ each other,” said Binotto when asked by Sky Italia for his feelings towards Wolff.

“In a sporting respect, he is my main opponent who has been winning for many years. But it is not hatred.

“There is respect and a desire to beat him, but not for the sake of beating Toto and Mercedes. It’s to bring Ferrari back to the top, and the place where it deserves to be.”

Missed what happened that day? Here’s the highlights 🎬#essereFerrari 🔴 pic.twitter.com/1GP4Ie7Q6L

The Ferrari engine was arguably the biggest flashpoint between Wolff and Binotto since the two have been leading their respective teams, and the fact that the details of their private settlement with the FIA were never released didn’t sit well with fans or Ferrari’s rivals.

But since it was dealing with sensitive inside information, Binotto doesn’t see how Ferrari could have been expected to make the details public.

“No opponent last year filed a protest against us. What was done later [after the season] started from the FIA’s desire to continue its investigations and analysis at a time when we were focused on developing the car for the 2020 season,” he said.

“The agreement was secret because it was obvious it should be. Should we have shown everyone our engine?

“I don’t think anyone has ever done that in Formula 1, and no one will ever do that in the future.

“With regards to the ‘grey’ area, it was like that throughout the 2019 season until new directives arrived, and they were also defined thanks to our help.

“These directives had an impact on all engines, but on us to a greater extent.”