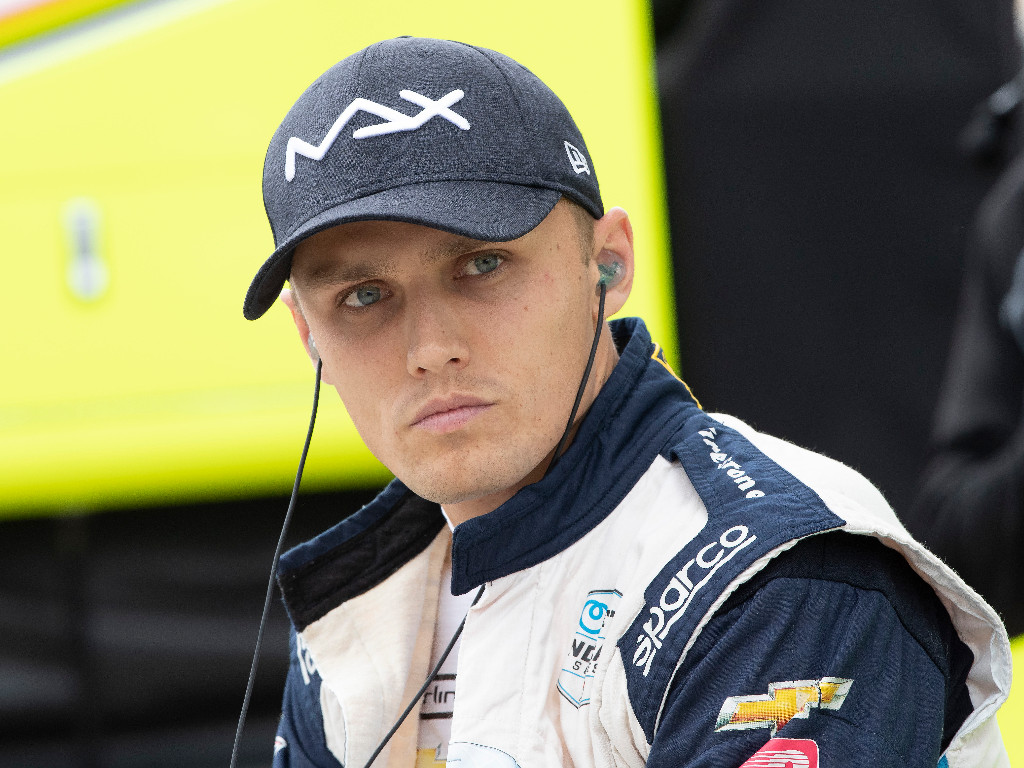 Ex-Formula 1 driver Max Chilton is hoping to secure the “highlight” of his career by winning the Indianapolis 500.

The 29-year-old spent two years in Formula 1 with backmarkers Marussia between 2013-14, failing to score a point in 32 starts.

Since then he has turned his attentions to the IndyCar series, and in 2017 came mightily close to winning the crown jewel of the series’ calendar, that being the Indy 500.

Leading the race for 50 laps, Chilton would be overtaken by fellow ex-f1 driver Takuma Sato with seven laps to go. Sato went on to win the race, whilst Chilton was forced to settle for fourth.

But three years later Chilton is chasing that “career highlight” once again with the Carlin team.

“It’s the biggest single race sporting event in the world,” he told the BBC.

“There’s a saying that the race will choose the winner and you have to hope something falls into place and the stars align. Maybe it will fall into place.

“Would winning change my life? I don’t know but it would definitely change my feelings for achieving what I wanted to do. It would make me overall a more satisfied human being, that I’ve accomplished something I set out to do.

“It would definitely be my career highlight – now and probably going forward too.”

2020 Indianapolis 500 here we go! After a brief glitch last year this masterpiece by @JasonFowlerJLF didn’t get any use, so take 2 here we go.
Can’t wait to get going.@CarlinRacing @GallagherGlobal #indy500 pic.twitter.com/pDFTlFFHVp

Starting from 30th won’t help Chilton’s chances, but having come so close to tasting the milk which is tradition for the race winner to drink, he is desperate for it not to be “snatched away” again.

“I was a lap down in the pit lane due to a red flag, after an awful accident for Scott Dixon, then on lap 80 I was leading, so it can turn around very quickly.

“I was leading for more laps than anyone else and was super chilled – it was the easiest race of my career. I got out in front, my car was stupidly fast, no-one could touch me, so I just focused on being flat and on every corner. I led for over an hour.

“I feel like I slightly tasted the milk and someone snatched it away from me, so I definitely want to have that chance again, hopefully sooner than later.

“Hindsight is a wonderful thing. “I honestly believe if a few things had changed that day and I had different people helping me I could have won that race, no problem.

“I did a great job, led for 50 laps, defended pretty well and made one slight mistake where I lost the front end and had to do a lift, and Helio Castroneves just got around the outside of me.

“If I hadn’t had to do that lift I would have probably been champion that day, but that’s the way it is.

“The hardest thing in motorsport is to get to the front. I’d love to be in that position again. I enjoyed leading and the good thing is it has given me the expertise to know what to do next time in that position.”

Like all Formula 1 races so far in 2020, the Indy 500 will be held with no fans in attendance at the Indianapolis Motor Speedway.