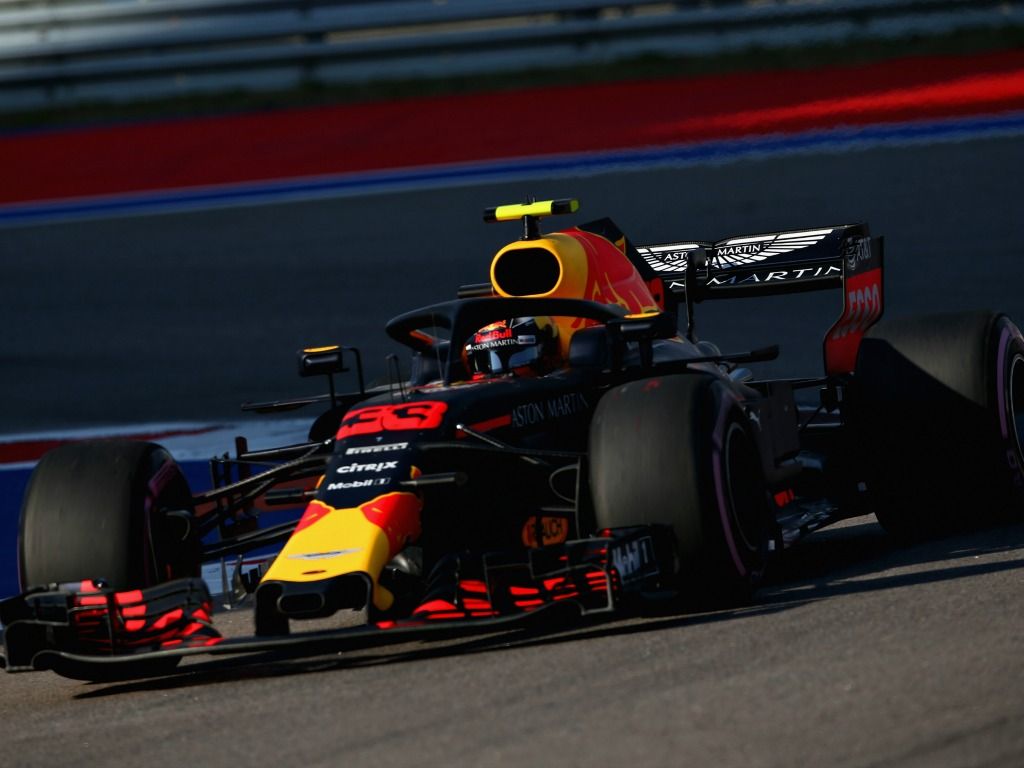 Max Verstappen has been given a three-place grid penalty for failing to slow for yellow flags during qualifying on Saturday.

The Dutchman did not reduce his speed sufficiently in the yellow flag sector where Sergey Sirotkin had spun his Williams.

Verstappen was also given two penalty points on his licence, which moves him to seven points for the current 12-month period.

This is the third time the Red Bull man has been penalised this weekend, having taken engine penalties and a gearbox penalty.

“The stewards reviewed video and telemetry evidence, heard from the driver of car 33 (Max Verstappen) and the team representative,” the stewards’ verdict read.

“The driver admitted seeing the yellow flag and stated that he steered to the left to avoid the stationary car (number 35).

“However, the regulation is very clear and states ‘It must be evident that a driver has reduced speed’. The telemetry showed that the driver maintained full throttle and did not apply any braking.

“In his defence the driver expressed the view that he felt he had acted safely.

“The stewards noted that the driver understood the error in not slowing and acknowledged that in future he will comply with the regulations.

“However in view of the emphasis now placed on compliance with yellow flag regulations, in the interests of safety, the stewards have applied the usual penalty for this offense.”

Verstappen will start the Russian Grand Prix from the back row of the grid on Sunday afternoon.