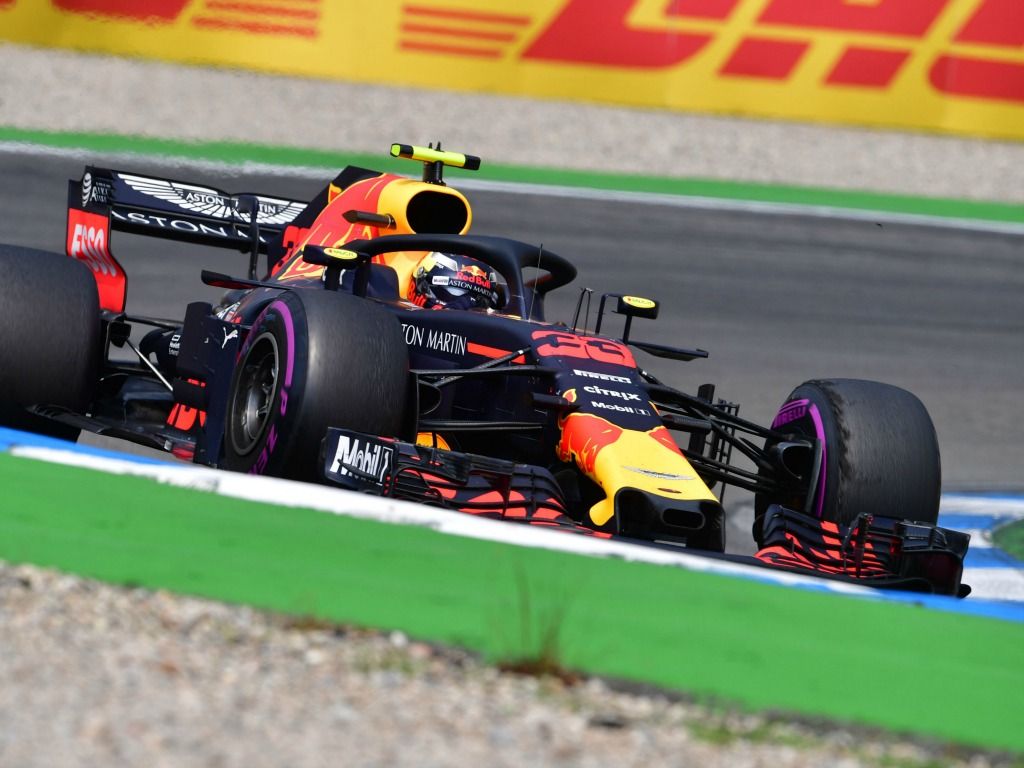 Max Verstappen took a punt on the intermediate tyres during the German Grand Prix, but it did not pay off this time.

The Dutchman was the only man in the top four to gamble for the intermediate tyres when the rain started coming down at the Hockenheimring, but it did not work for the Red Bull driver.

The rain started coming down with twenty laps to go, prompting Verstappen to pit, but the rain subsided, meaning he had to come back in for slicks.

Luckily for him, the Safety Car after Sebastian Vettel’s crash brought him back into play. Despite that, he was only able to finish in P4, the same position he started in.

“Luckily it didn’t make a difference because anyway, everybody should have come in after the Safety Car for new tyres,” Verstappen said.

“I tried, and you know, sometimes it works and sometimes it doesn’t. This time it didn’t work. I just wish the race had started a little bit later,” he continued, as the rain teemed down in the interview pen after the race.

Max Verstappen was the only Red Bull driver to finish the grand prix, as Daniel Ricciardo retired from the race with a technical issue in the RB14’s Renault engine.

After finishing in the top four on Sunday afternoon, the Dutchman said that he was looking forward to next week’s outing in Hungary.

The Hungaroring is famously a track that the Red Bull team favour, and Verstappen said that this year is no different.

“Yeah absolutely, I think even today we were not too bad, even though we lose a lot on the straights. Definitely looking forward to Hungary,” he added.