Home News ‘Verstappen makes Albon look worse than he is’ 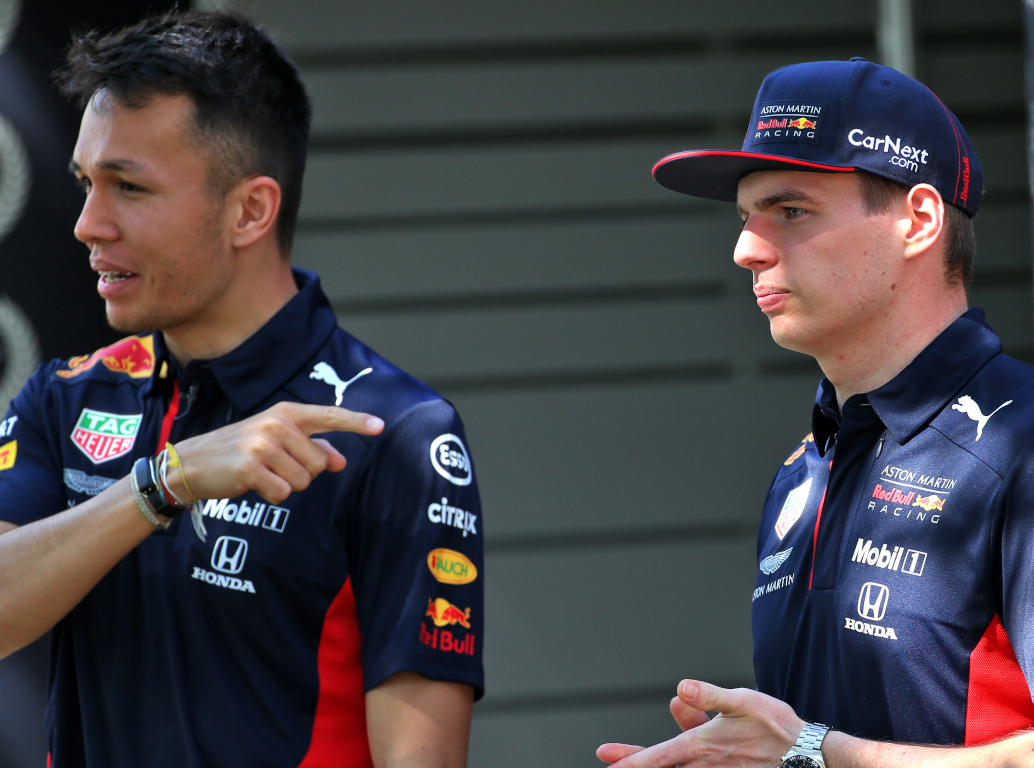 Alex Albon is being made to “look worse than he is” by the brilliant performances of his Red Bull team-mate Max Verstappen.

That’s according to pundit Kees van de Grint following the Eifel Grand Prix in which the experiences of the Red Bull duo were again poles apart.

While Verstappen was, as usual, the only driver able to live with the Mercedes pair of Lewis Hamilton and Valtteri Bottas in qualifying or the race, Albon had a Sunday he will want to forget as quickly as possible.

The London-born Thai locked his tyres in the first few corners, had to make an early pit stop and then incurred a five-second penalty for clipping off Daniil Kvyat’s front wing when overtaking the AlphaTauri.

Before he got chance to serve the penalty, the Red Bull team called Albon into the pits to retire his car because of a punctured radiator which could have broken the engine.

There was also an exasperated radio call from Albon of “they race me so hard” when he was battling with the other AlphaTauri of Pierre Gasly, whose place in the Red Bull team he took midway through last season.

While Albon was getting changed out of his race gear, Verstappen was on his way to finishing second behind Hamilton.

Van de Grint, who is a former F1 tyre engineer and now vice-president of the FIA’s karting division, believes Albon is being shown up because he has such an outstanding team-mate.

“Albon is under enormous pressure, everyone has an opinion on that,” said Van de Grint, during the latest edition of Slipstream. “But he looks worse than he is. I’m not a fan, but he looks worse because of Max Verstappen. That boy [Albon] doesn’t stand a chance.

“Verstappen drove really, really well. If you take a good look at how neatly and extraordinarily well he drove…it may even be a bit sad, because he distorted the whole thing. He didn’t stand a chance against Hamilton in the Mercedes. Max is absolutely the best at the moment.”

“These are men and you don’t have to go sideways,” he said. “But of course there’s also an old pain with Gasly there.”