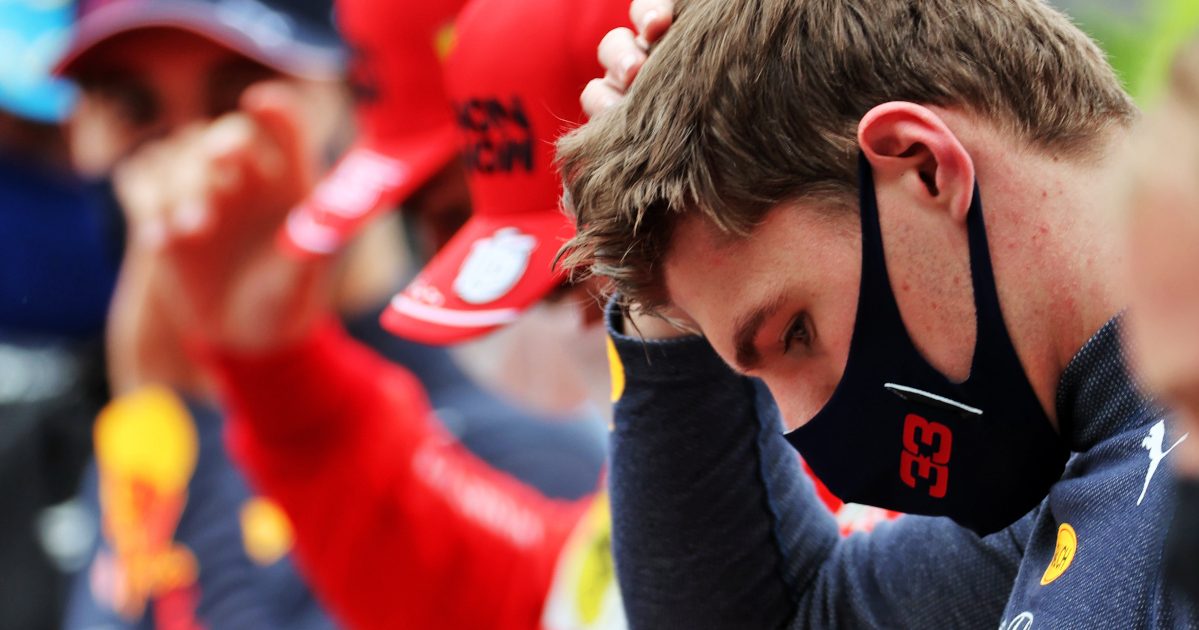 New season, old complaint as Max Verstappen declared he was “alone” in the Spanish GP with Sergio Perez too far back to help in the fight against Mercedes.

While Verstappen qualified second for the Spanish Grand Prix, the Dutchman splitting the Mercedes team-mates, Perez was down in eighth place.

The Mexican driver reported an issue with his shoulder that hampered his progress, saying he “didn’t feel 100 percent with myself”.

Fast forward 24 hours and it was Verstappen who wasn’t feeling  100 per cent with his team-mate.

The 23-year-old was left to fight both Mercedes drivers, and while he did his best with a first lap overtake on Lewis Hamilton to lead the grand prix, Mercedes had the choice of strategy given that they had two cards to play.

Verstappen had to settle for second on the day, his points’ deficit to Hamilton in the standings up to 14.

“They can easily make a second stop because there’s a gap behind them.”

Asked if he needed Perez to do more to assist him, he replied: “Then at least they can’t make that second stop and then it’s just towards the end who has the best tyres left. It’s like that though.”

We gave it our all and I think we maximized our race result. Today that was 2nd and the fastest lap. As a team we’ve made a huge step, but we’re not where we want to be yet so we’ll continue to #KeepPushing 🇪🇸 #SpanishGP pic.twitter.com/e3NRiPadEl

Verstappen had a perfect start to Sunday’s 66-lap race as the Red Bull driver passed Hamilton into the first corner with a determined move up the inside.

Hamilton was forced to “bail” or risk an accident.

But while Verstappen led for much of the race, eventually Hamilton’s two-stop strategy and better pace won the day.

“The start was fine,” Verstappen said. “Everything went well. Of course, the last one to brake is the first out of the corner.

“I went for it, because I knew it would be difficult otherwise. I did everything I could to stay ahead, but we were just too slow today.

“It was a calculated risk [going into the first corner].

“I go harder into that corner, and then at a certain point you have to give up if you are on the outside.

“After that I tried to drive the race as best I could, but we were just slower and our tyres wear out more.”